Friday marks the anniversary of the costliest hurricane to hit Texas. On September 13, 2008, Hurricane Ike hit Galveston Island. According to Mark Hannah with the Insurance Council of Texas (ICT), insured losses as a result of the storm totaled $12 billion – $10 billion caused by wind damage and $2 billion caused by flooding. The next closest storm was Tropical Storm Allison in 2001 which hit Houston and cost $4.67 billion, according to the ICT. 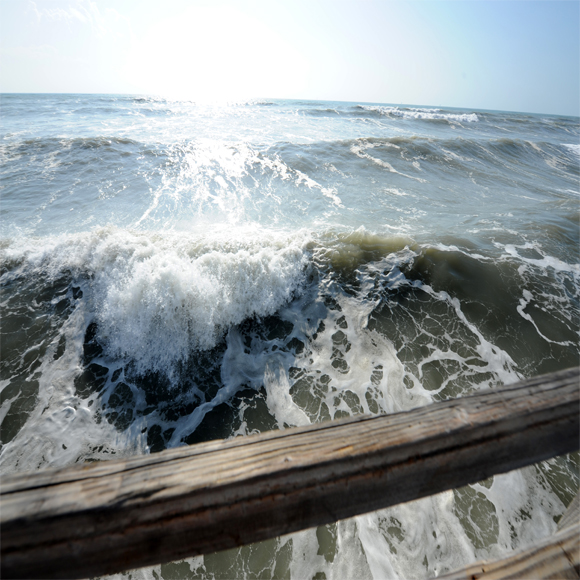 Corpus Christi, Texas, September 11, 2008. Waves almost rise over the rail at the end of Bob Hall Pier due to Hurricane Ike in the Central Gulf of Mexico. Credit: Jocelyn Augustino/FEMA 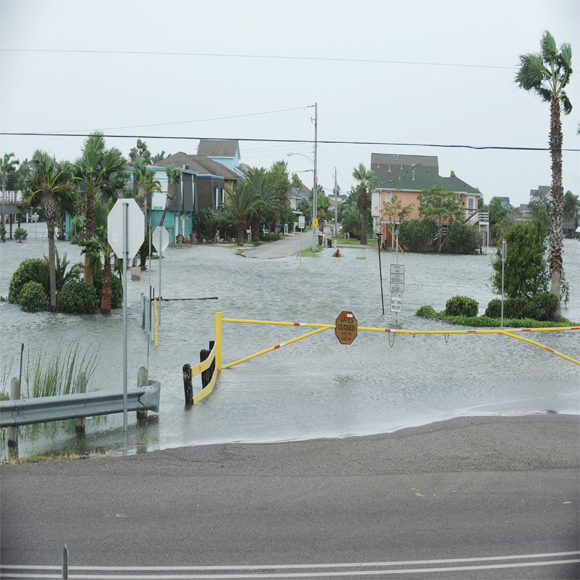 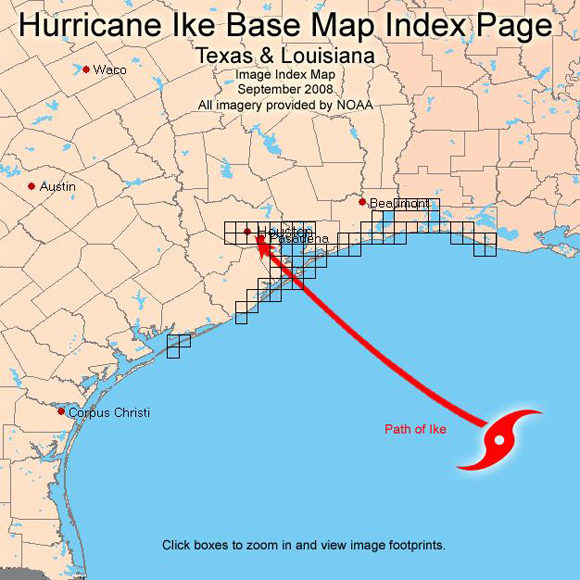 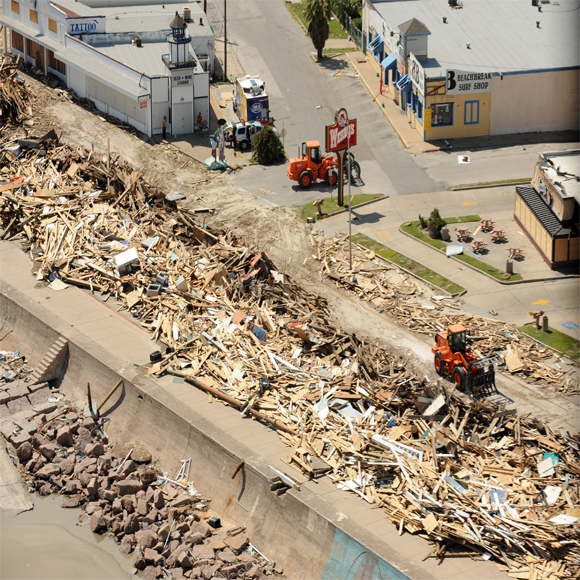 Galveston, Texas, September 16, 2008. Debris caused by Hurricane Ike is piled up to the sides of the streets severely for eventual removal. Credit: Jocelyn Augustino/FEMA 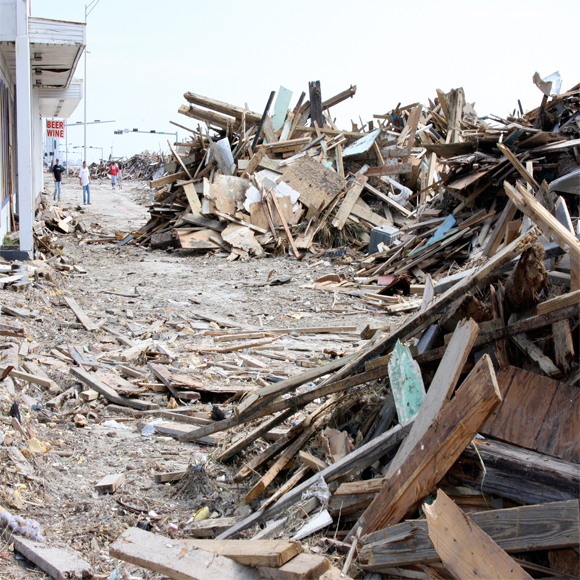 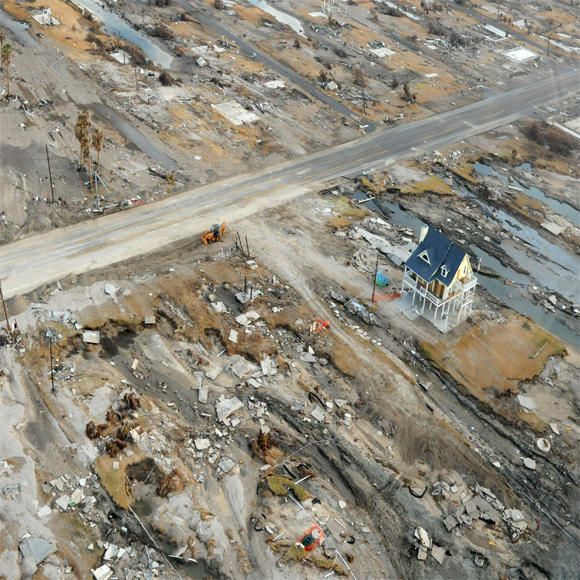 Aerial View of One House Standing

Gilchrist, Texas, September 22, 2008. An aerial view of a house on that survived the destruction of Hurricane Ike. Credit: Jocelyn Augustino/FEMA 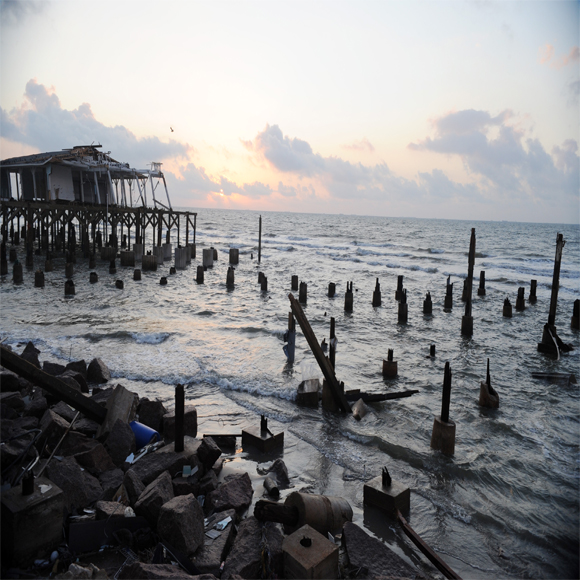 Galveston Island, Texas, September 22, 2008. Businesses allowed to build on piling in the Gulf of Mexico along Seawall Boulevard were destroyed by Hurricane Ike. The piling with no structure on it is where Hooters previously stood. Credit: Jocelyn Augustino/FEMA 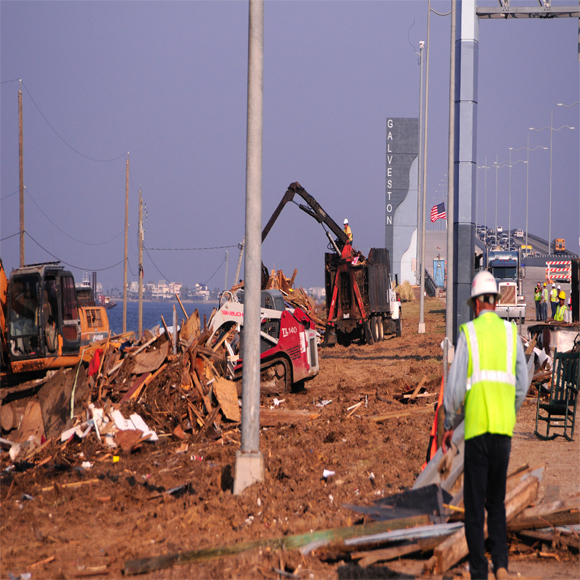 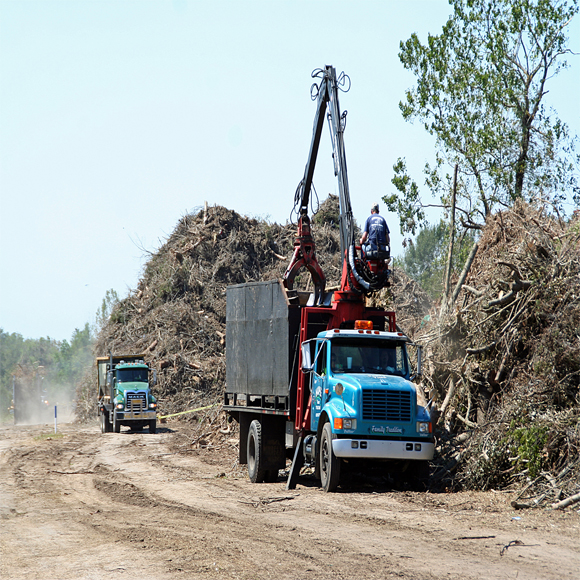 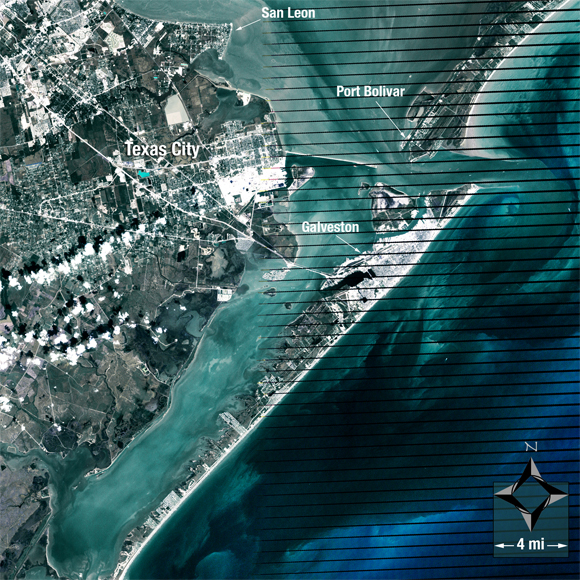 The storm packed 110 mile an hour winds as it bore down on the coastal city. The hurricane sent a 20 foot wall of water over the Bolivar Peninsula and created a rising tide that flooded most of Galveston and many nearby communities along Galveston Bay.

No stranger to bad weather, Michael Pelonero, director of Service On Site Contents (SOS) for Enservio, a nationwide on-site contents inventory service, recalls Ike. He lost his previous job when the hurricane hit.

“Shortly thereafter I was introduced to Enservio, seeing them work in my local community, one thing led to another, not even a couple of weeks later I was employed by them,” Pelonero said.

Like many Galveston Island residents he was forced to evacuate. He left 30 hours before the storm hit and came home the night after the storm.

“Coming home and seeing the aftermath was incredibly demoralizing and emotional. It’s hard to kind of pick yourself back up and figure out where to start,” Pelonero said.

According to Hannah, while the Texas Windstorm Insurance Association (TWIA) was able to settle all claims and lawsuits as a result of Ike, changes were instituted to TWIA claims handling procedures. In 2011, the Texas Legislature implemented a one year statute of limitations for filing claims and directed TWIA and its policyholders toward appraisal and alternative dispute resolution to settle coverage or claim disputes.

According to Robert Hartwig, president of the Insurance Information Institute (I.I.I.), the storm surge associated with Ike was a reminder of the damage it can cause.

“Nationally, the increase in coastal exposure was only 20 percent. Texas far outpaced the rest of the country,” the I.I.I. president said.

That was due, in part, to the Texas economy being stronger than the economy of the rest of the U.S.

“One lesson that has not been learned…a lesson for communities and states which continue to allow a significant amount of building in sensitive areas or vulnerable areas that are likely to be hit by hurricanes,” Hartwig said. “It’s a virtual certainty that if Ike were to occur today it would produce substantially more in insured losses than it did five years ago.”

Hurricane models have continued to evolve since Ike, he said. Models now include demand surge, which is an increase in costs associated with building materials in the immediate aftermath of major events. Hartwig said that labor and materials can skyrocket after a catastrophic weather event.

In addition, today’s hurricane models take into consideration flooding impact and business interruption, and they forecast how far inland damage can occur.

“Ohio had a half a billion dollars of damage from Ike,” said Hartwig, offering an example of inland impact.

“Be prepared for anything and everything and be ready to mentally prepare yourself to help people in ways you just normally wouldn’t imagine. It goes…above and beyond the typical handling of a claim when you’re dealing with this type of a loss,” he said.