Injured workers who hire attorneys to handle their workers’ comp claims tend to stay on temporary disability longer, according to a newly released white paper by CLARA Analytics, an artificial intelligence and data science company that specializes in machine learning products to improve injured worker outcomes and drive down unnecessary claims costs.

The Impact of Attorney Involvement on Injured Workers highlights how litigation impacts costs, disability duration and the length of time a claim will remain open.

It’s been said that workers’ comp has been slow to adopt analytics – as opposed to personal and commercial auto lines. However, Jayant Lakshmikanthan, president of the data sciences company, said that the tide is turning.

“We can see an increasing level of interest on the workers’ comp side as well, across all the players in the market, reinsurance companies, primary carriers, TPAs,” said Lakshmikanthan.

To gain insight on just how much litigation has derailed the system, the firm embarked on a study to examine 11 years of data from a single, national payor. The research examined injury years from 2007-2017 and focused on closed indemnity cases across several states.

The payor provided a good spread of data from 46 states.

“It’s quite representative of the nation at large,” said Lakshmikanthan.

The analysis, according to the white paper, was controlled for covariates “known to affect costs, temporary disability (TD) days, and/or claim duration, to arrive at the independent effect of attorney involvement (worker attorney, defense attorney or both) on these three outcomes.”

Table 2 shows the attorney involvement rate by state for the top 20 states by volume in our dataset. 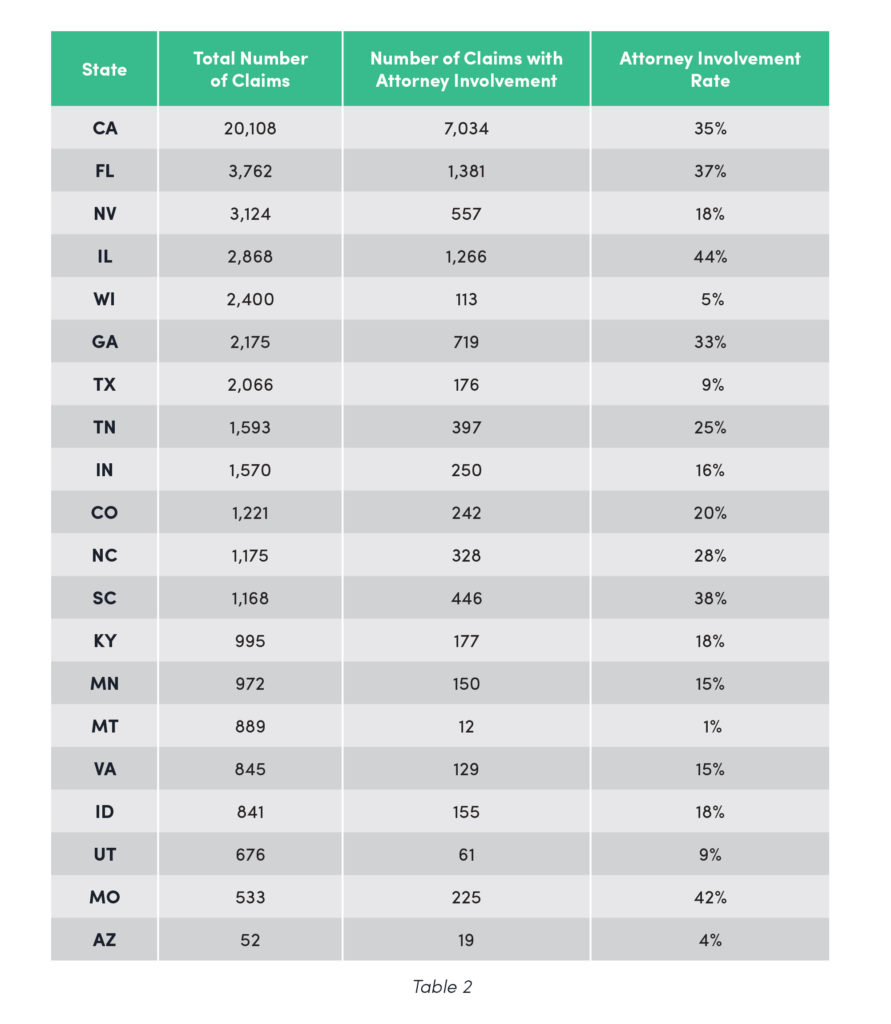 Lakshmikanthan said that while expected to some degree, the extent that litigation impacts claim expenses was significant – a more than 200 percent difference across all expenses was noted. 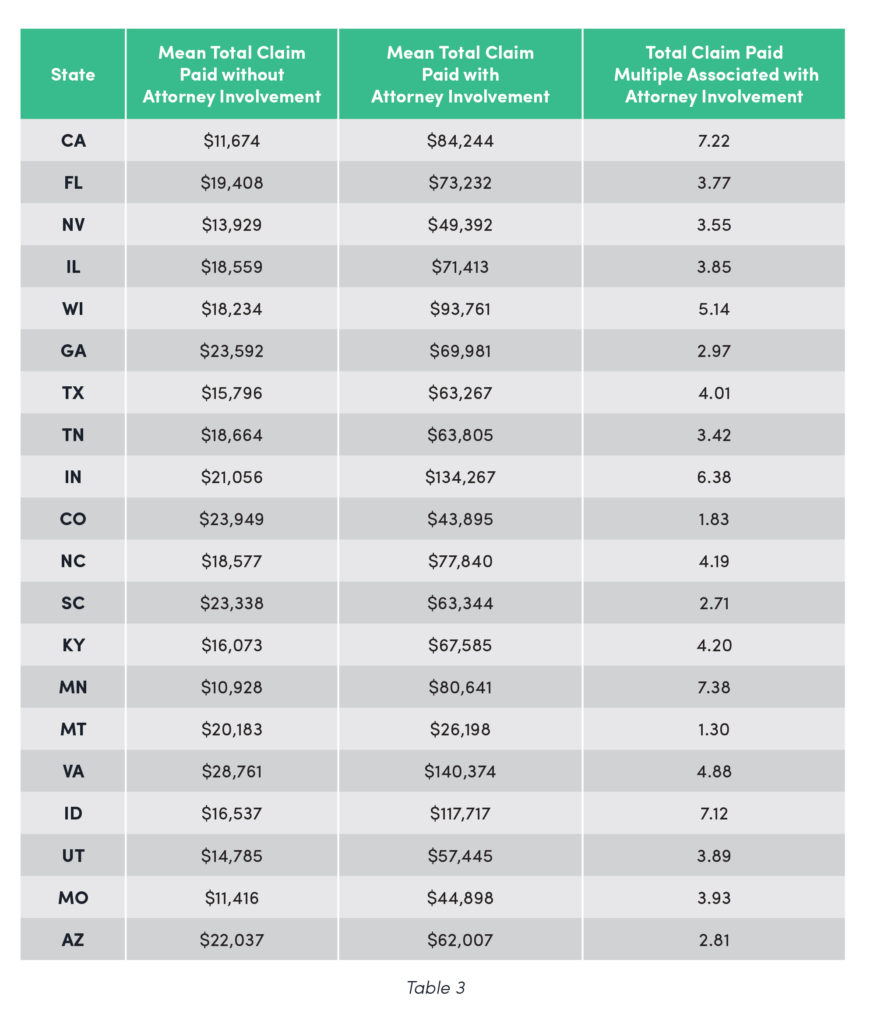 The study also found the following: 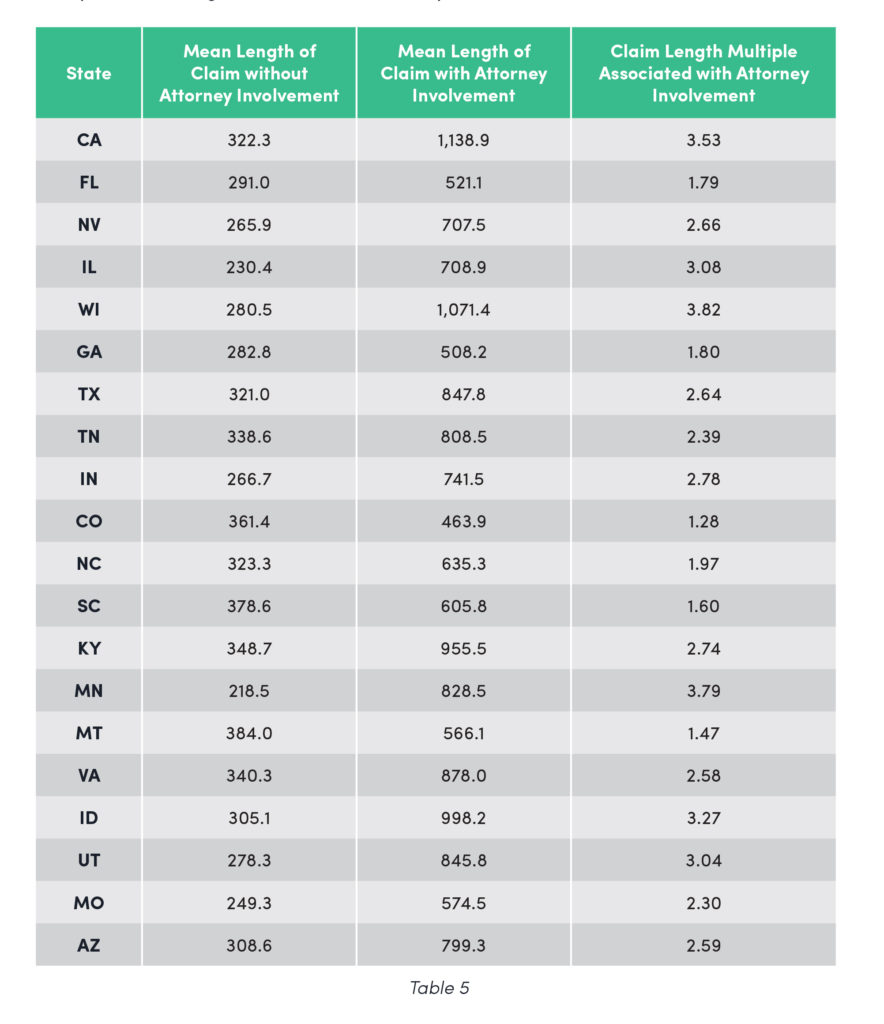 “I’m seeing this across big market carriers, large carriers and even the smaller carriers, where they are realizing that the only way they can both improve the injured worker’s experience and at the same time bring down the cost structure is by better use of technology,” said Lakshmikanthan.

He said technology and associated processes can transform the injured worker’s experience dramatically and reduce costs significantly, anywhere from five to 30 percent.

Meta data and changing data are no longer deterrents, he said.

Lakshmikanthan said the choice of an attorney has a considerable impact on the case, as well.

He said the results should serve as a wake-up call for the industry.