The average total cost per workers’ compensation claim in Florida has grown moderately in recent years, according to a recent study by the Workers Compensation Research Institute (WCRI). All of the key components of total costs per claim experienced moderate increases from 2011 to 2016 in Florida. 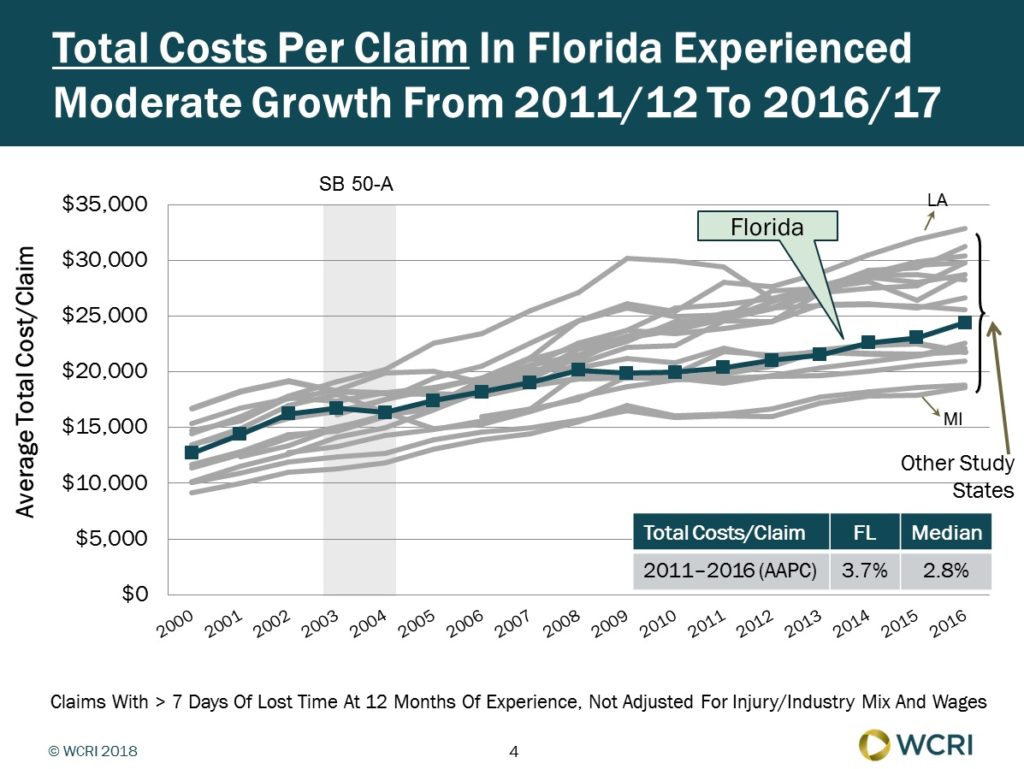 “Medical payments per claim, indemnity benefits per claim, and benefit delivery expenses per claim in Florida all grew moderately at 3 to 5 percent per year during this period,” said Ramona Tanabe, WCRI’s executive vice president and counsel.

Two decisions were issued by the Florida Supreme Court in 2016. The Castellanos decision in April 2016 declared the mandatory worker attorney fee schedule in workers’ compensation unconstitutional as a violation of due process. The Westphal decision in June 2016 ruled that the state’s 104-week limitation on temporary total disability (TTD) benefits is unconstitutional as a denial of right of access to the courts.

For more information about this study or to purchase a copy, visit https://www.wcrinet.org/reports/compscope-benchmarks-for-florida-18th-edition.