An expert may be the single best defense in a case involving an animal causing damage or injury, according to a recent panel discussion on animal liability during the Property & Liability Resource Bureau annual conference in San Antonio.

Christina Culver, a Texas-based attorney with Thompson Coe, said that expert testimony can be garnered through an affidavit and attached to a Motion for Summary Judgment. Though very few are granted, MSJs can be helpful during settlement negotiations.

“Expert testimony can really make or break your case,” Culver said, indicating that besides bolstering a case it can provide leverage during mediation.

She suggested looking for an expert based on educational qualifications and one that can create a report, rather than choosing an expert just because they have handled a certain type of animal for a long period of time. She looks for experts at universities, such as Texas A&M, which has animal-related programs.

There are a number of common law causes of actions associated with animal liability claims, the two panelists said. These may include:

Warren said that despite the number of possible causes of action, it really comes down to a negligence case and the question of what would a reasonable person do under similar circumstances. She offered the example of an owner failing to restrain dogs and said that how animals are confined or restrained is the main issue in many of the cases she sees. In addition, knowledge of prior incidents, like animals escaping their pens, is also important.

In a negligence case, Warren said the plaintiff always has the burden of proof. If an out of possession property owner is involved, then the plaintiff has to prove the landlord knew the dangerous animal was present on the property. 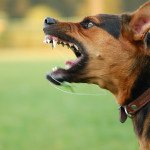 Every year there are nearly 4.5 million people bitten by dogs, according to the Centers for Disease Control and Prevention. Accounting for more than a third of all homeowners’ claims, according to State Farm and the Insurance Information Institute, dog bite claims cost $570 million in 2015 alone. Dog bites are regulated by statute in 39 states, Culver said. A chart that compiles all 50 states laws on dog bites can be viewed at https://www.mwl-law.com/wp-content/uploads/2013/03/dog-bite-in-all-50-states.pdf

Not all animals are vicious, if an animal is deemed vicious then it would be considered a strict liability case. Warren explained that vicious dog statutes vary – some can be appealed, some can’t.

In situations where there are prior incidents, the classification of the plaintiff – invitee, licensee, trespasser – is important.

In cases where there are multiple defendants Warren said it’s best to make sure there is a line for each on the jury charge.

Culver noted that some states make an exception when provocation plays a role.

Culver explained that injuries caused by wild animals comes down to possession. An owner is conclusively presumed to know of dangerous propensities, she said. Some states have ordinances that apply to ownership of exotic animals. 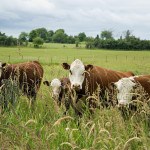 In the state of Texas, property owners must fence animals out to keep them off their property.

When dealing with livestock, it’s important to understand that laws vary by state and even county, Warren said. For example, Texas is a free range state but it is regulated at a county level. The defendant has no common law duty to restrain livestock, the only restriction is by statutes in the 254 counties in the state. As a result, the defendant only has to keep livestock off of highways.

According to The National Agricultural Law Center, all 50 states have statutes addressing livestock at large and the fence law statutes that may apply. The center’s website offers a comprehensive resource map to determine a particular state’s livestock laws: http://nationalaglawcenter.org/state-compilations/fence-laws/