The depiction of workers’ compensation fraud in television shows has impacted the public’s perception of the crime, said two experts during a session on the subject at the Combined Claims Conference held recently in Orange County, California. 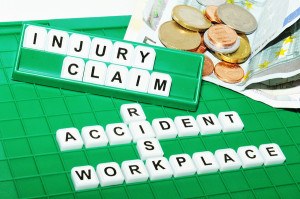 While workers’ comp fraud is often depicted in a comedic way, that isn’t the case when it comes to other serious crimes portrayed on television, said Dalene Bartholomew, vice president of the investigative firm Probe Information Services, Inc.

The justification it seems is that there is no victim, despite the rising costs to businesses big and small.

In addition, viral videos on YouTube and other internet video hosting sites as well as news reports, provide a tool to teach people how to commit fraud, said Bartholomew, a certified fraud and insurance investigator. They also reveal the tools investigators use to catch suspected fraudsters, like social media sites and surveillance.

Shows tend to make light of workers’ comp fraud and rather than highlight the potential for a criminal conviction, the TV show fraudster’s crime ends with a termination in benefits, Bartholomew said.

That’s why fraud is rising much faster than violent crimes, said Jennifer Lentz Snyder, head deputy of Healthcare Fraud for the Los Angeles District Attorney’s Office. Criminals aren’t worried about getting caught if the only punishment is restitution or termination of benefits, she said.

There is reason for concern, the latest figures from California’s Department of Insurance for fiscal year 2012-13 indicated potential fraud losses amounting to $212,710,721. During that period, the Fraud Division identified and reported 5,151 suspected fraud cases, assigned 847 new cases, made 268 arrests and referred 309 cases to prosecuting authorities.

In addition, the District Attorneys’ Workers’ Compensation Program reported a total of 815 arrests, which also included the majority of Fraud Division arrests. During the same timeframe, district attorneys prosecuted 1,329 cases with 1,545 suspects, resulting in 721 convictions. Restitution of $24,862,189 was ordered in connection with these convictions and $4,890,396 in restitution was collected.

In California, insurers are obligated to report suspected insurance fraud, Snyder said. Insurers are reluctant, she said, concerned their public image may be tarnished.

She said employers should consider the investigator a partner and be “swift and consistent in doing investigations.”

Much of the fraud committed is opportunistic, but because fraud is benefit specific…criminal action can be taken against those aspects of the claim that are fraudulent, said Snyder.