The Obama administration is on the verge of proposing long-awaited rules for commercial drone operations in U.S. skies, but key decisions on how much access to grant drones are likely to come from Congress next year.

Federal Aviation Administration officials have said they want to release proposed rules before the end of this month, but other government and industry officials say they are likely to be delayed until January. Meanwhile, except for a small number of companies that have received FAA exemptions, a ban on commercial drone flights remains in place. Even after rules are proposed, it is likely to be two or three years before regulations become final.

That’s too long to wait, say drone industry officials. Every year the ban remains in place, the United States loses more than $10 billion in potential economic benefits that drones could provide, according to the Association for Unmanned Vehicle Systems International, a trade group. 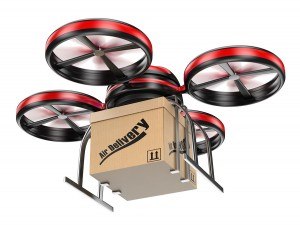 “We need some sort of process that allows some of the low-risk operations,” said Jesse Kallman, the head of regulatory affairs for Airware, a drone technology company backed by Google Ventures. “I think Congress understands that, and hopefully they’ll take steps in the coming year to address that.”

That appears to be what some key lawmakers have in mind. “We in Congress are very interested in UAS,” Republican Rep. Bill Shuster, chairman of the House Transportation and Infrastructure Committee, said at a hearing this month, referring to unmanned aerial systems, or drones. “We understand UAS are an exciting technology with the potential to transform parts of our economy. … It is our responsibility to take a close look.”

One of the committee’s first priorities next year is writing legislation to reauthorize FAA programs and overhaul aviation policy. The bill is expected to include directions from lawmakers on how to integrate drones into the nation’s aviation system. The last reauthorization bill, passed in 2012, directed the agency to integrate drones by Sept. 30, 2015, but it’s clear the FAA will miss that deadline.

The FAA is expected to propose restricting drones weighing less than 55 pounds (25 kilograms) to flying at altitudes under 400 feet (120 meters), forbid nighttime flights and require drones be kept within sight of their operators. Drone operators may also be required to get pilot’s licenses, a possibility already drawing fire from critics who say the skills needed to fly a manned aircraft are different from those needed to operate a drone.

Shuster indicated he’s concerned that requiring pilot’s licenses might be burdensome and unnecessary. And keeping drones within sight of operators would be too strict and limit their usefulness, he said.

The reason for keeping drones within line of sight is that they don’t yet have the ability to detect and avoid other aircraft.

FAA officials have been working on drone regulations for nearly a decade. The agency twice drafted regulations that were later rejected by the White House or Transportation Department. The FAA has long maintained that unmanned aircraft must meet the same regulations as manned aircraft unless waiving or adjusting those regulations doesn’t create a safety risk. However, FAA officials more recently have begun talking about “risk-based” regulations, giving industry officials hope the agency might propose a blanket exemption from regulations for the smallest drones – usually defined as weighing under 5 pounds (2.25 kilograms) – as long as operators follow a few basic safety rules. Canadian authorities recently approved a blanket exemption for very small drones.

Congress already is getting pushback from private and commercial pilots who worry about possible collisions. The FAA receives reports nearly every day about drones sighted flying near manned aircraft or airports.

“As a (Boeing) 737 captain, I’ll be damned if myself and 178 other people are taken down by a 12-pound (5.4-kilogram) or a 50-pound (23-kilogram) or a 150-pound (68kilogram)piece of metal coming through my windshield,” said Ben Berman at a recent forum hosted by the Air Line Pilots Association. “There are too many near misses occurring every day like this.”

Mark Baker, president of the Aircraft Owners and Pilots Association, which represents private pilots, said online videos show that “operators are flying near airports, in the clouds and in congested airspace.” He called such actions “reckless” and said they will inevitably lead to a collision.

FAA regulations permit recreational users to fly small drones as long as they stay at least 5 miles (8 kilometers) away from an airport, limit flights to less than 400 feet (120 meters) in altitude, keep the aircraft in line of sight and fly only during the daytime.