The government has the power to hold drone operators accountable when they operate the remote-control aircraft recklessly, a federal safety board ruled Tuesday in a setback to small drone operators chafing under Federal Aviation Administration restrictions.

The National Transportation safety Board, which hears appeals of Federal Aviation Administration enforcement actions, ruled that small drones are a type of aircraft and fall under existing FAA rules. 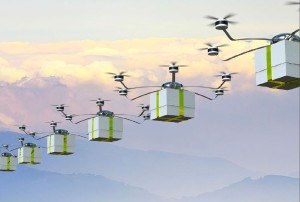 The FAA had fined Raphael Pirker, an aerial photographer, $10,000 for operating his Ritewing Zephyr in a reckless manner on the University of Virginia campus in 2011. Pirker allegedly flew the drone, which weighed less than 5 pounds, at “extremely low” altitudes, including under a pedestrian bridge and directly at a person, causing the individual to duck out of the way. He had been hired to make photos and videos of the campus.

Pirker appealed the fine, saying his aircraft was effectively no different than a model aircraft and therefore not subject to regulations that apply to manned aircraft. An NTSB administrative law judge sided with him in March, saying the FAA hasn’t issued any regulations specifically for drones and therefore can’t determine their use.

The FAA appealed the decision to the four-member safety board, which said Tuesday that the definition of an aircraft is very broad.

“An ‘aircraft’ is any ‘device’ ‘used for flight in the air.’ This definition includes any aircraft, manned or unmanned, large or small,” the board said. The board sent the case back to the judge to decide if Pirker’s drone was operated recklessly.

The FAA said in a statement that Pirker operated the drone “in a careless or reckless manner” and the fine “should stand.”

The decision strengthens the FAA’s position as the agency tries to cope with a surge in use of unmanned aircraft, some weighing no more than a few pounds and available for purchase on the Internet and in hobby shops for as little as a few hundred dollars.

More than a million small drone aircraft have been sold worldwide in the past few years, and a growing number of them are turning up in U.S. skies near airports and airliners, posing a risk of collision. Reports of drone sightings near other planes, helicopters and airfields are reaching the government almost daily – a sharp increase from just two years ago when such reports were still unusual.

“It’s a huge win for the FAA, and signals it’s not going to be the Wild West for drones, but a careful, orderly, safe introduction of unmanned aircraft systems into the national airspace system,” said Kenneth Quinn, a former FAA general counsel.

“The more significant question of whether the safe operation of drones for business purposes is prohibited by any law was not addressed in the decision,” he said. Several cases challenging the FAA’s ban on commercial drone operations are pending in federal district court in Washington.

The FAA has barred commercial operators from using drones, with the exception of two oil companies operating in Alaska and seven aerial photography companies associated with the movie and television industry. Even those exceptions have come with extensive restrictions, including that a requirement that the operators of the remote control aircraft have an FAA-issued pilot’s license the same as manned aircraft pilots. The aircraft also have to be kept within the line of sight of the operator and may fly no higher than 400 feet.

A wide array of industries as varied as real estate agents, farmers and major league sport teams are clamoring to use small drones. Amazon wants to use drones to deliver small packages to customers. Congress directed the FAA to safely integrate drones of all sizes into U.S. skies by the fall of 2015, but it is clear the agency won’t meet that deadline.

Congress also directed the FAA to first issue regulations permitting widespread commercial use of small drones, usually defined as weighing less than 55 pounds. Agency officials have indicated they expect to propose regulations for small drones before the end of the year. However, it may be months to years before those rules are made final.

Among those close to being granted are permits to monitor and spray crops, inspect smokestacks and natural gas flares, and to inspect pipelines and power lines.