There was a time not long ago when most everyone working in claims were men, but current statistics and leadership programs are proving that’s no longer true, at least in the case of large insurers that include female leadership programs into corporate culture. 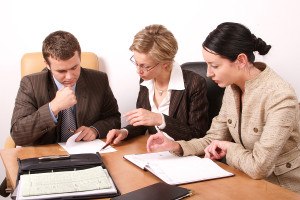 Women’s participation in the labor workforce has significantly increased since the 1970s, according to a report by the Bureau of Labor Statistics (BLS) last year. Women are attaining higher education and increased earnings. So what does that mean for female claims department employees?

Well, for starters, BLS statistics indicate that 57.4 percent of the 282,000 workers that make up claims adjusters, appraisers, examiners, and investigators are female.

Obstacles to career advancement have all but disappeared, according to Carol Weber, a senior vice president and worldwide general liability claims manager. Weber started with Chubb during a college training program and has been with the company for 30 years.

“I think there are challenges that everybody faces…I actually think we are in a place that is pretty gender neutral,” Weber said. “We are in charge of our careers. We are responsible for ourselves.”

Does it make a difference if a woman is in charge? A study of 112 women CEOs in 39 countries found that it does. Top companies led by women have more women directors in board rooms and in executive officer positions, according to a study released in September 2011 by Corporate Women Directors International (CWDI).

The Washington-based nonprofit research group found the pattern held true in all regions no matter the country or size of the company.

Similarly, women-led companies have a higher percentage of women in senior management at 24.3 percent than the average representation of women in executive roles in peer companies (12.2 percent).

“Clearly, having a woman at the top of the corporate pyramid makes a difference for other women,” states CWDI Chair Irene Natividad. “The study shows women CEOs tapping the talents of other women for senior roles that are normally very difficult to access.”

MetLife, named to the 2012 NAFE Top 50 Companies for Executive Women by the National Association for Female Executives (NAFE), is one of the companies paving the career path for female employees.

“We are very proud to be honored by NAFE for the seventh consecutive year. Women hold many key senior roles in our organization, including on our board of directors and executive group,” said Frans Hijkoop, executive vice president and chief human resources officer at MetLife.

“The knowledge, experience and perspective they bring to their roles have been instrumental in shaping the direction and long term success of the company,” said Hijkoop.

According to the company, Professional Women at MetLife (PWAM) is a resource group for female employees that provide leadership, education and networking support.

Since 1997, MetLife has been a part of the Smith College Consortium, a strategic educational partnership between Fortune 500 companies and Smith College where high potential women are able to further develop leadership skills.

An Allstate spokesperson said that the company invests in the professional development and advancement for women through education, training and leadership programs. In addition, a variety of mentoring programs are available to target specific needs within its employee group.

“We recently launched a mentoring program designed to support multicultural women,” the Allstate spokesperson said. “The program is designed to increase both the employee’s engagement and performance capacity.”

Chubb’s diversity initiative, Reach Up, Reach Out, and Reach Down, is a comprehensive effort that focuses on building an inclusive culture in which employees are empowered to take charge of their careers while reaching out and coaching those around them.

According to Weber, it is no longer thought of as a program or an initiative.

“It’s more of a philosophy,” Weber said. “We want to reach up to senior management to have open discussions with them about our careers and moving ahead, we want to reach out towards our peers to network and connect, and we want to reach down to those coming behind us to bring them along as the next generation of leaders.”

“Chubb has a very strong culture…of inclusion and a very strong fabric of diversity kind of woven into who we are as an organization from the employee level all the way up to senior leadership,” Weber said.

Through Chubb, she has participated in corporate sponsored leadership training programs as well as the Smith College Consortium.

“During these, there are break-out sessions led by industry experts in a variety of subjects and they are great opportunities for the women in the organization that attend,” said Weber.

The challenge may no longer be shattering the glass ceiling, but rather carefully selecting the best opportunity to grow.

“The great challenge that we are facing nowadays is that …there is such a vast set of opportunities that are available to all employees, and certainly female employees for career development,” Weber said.

Larger insurers, like Chubb, offer a variety of programs for advancement at all levels of the organization.

“Within Chubb we have formal mentoring programs that are sponsored through the women’s development council, the claim department at Chubb has its own claim diversity council and it sponsors a mentoring program for employees and there are grass roots initiatives all throughout our organization at the home office level and at the field level that really provide employees with such a rich set of options to access in their career development,” Weber explained.

Weber’s advice for female adjusters wanting to get ahead:

According to Weber, of the above tips three stand out.

Joining a resource group or attending branch charitable events, “Gives an adjuster an opportunity to really connect with others, to demonstrate leadership qualities that he or she probably has, but that simply may not come across as a desk adjuster.”

In addition, taking a lateral move can jumpstart what may feel like a stalled career. “They [lateral moves] can offer you exposure to different people; they can be learning tools in and of themselves. If you have a solid set of skills you can be a very valuable asset to the organization,” Weber said. “Sometimes several lateral moves can get you to a vertical move.”

Addressing job goals with a claims manager is equally important. “Your manager has to know that you have aspirations for something else, something different, something larger because they should be part of the journey in your career path,” Weber said.