Overall customer satisfaction with the property claims experience has significantly increased from last year, despite a record number of catastrophic storms and some of the largest payouts ever in 2011, according to the J.D. Power and Associates 2012 U.S. Property Claims Satisfaction Study released today. 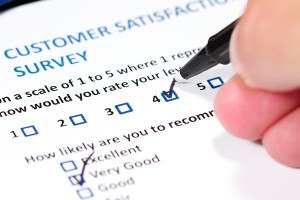 The study measures satisfaction with the property claims experience among insurance customers who filed a claim for damages covered under their homeowners policy by examining five factors: claim settlement; first notice of loss; estimation process; service interaction; and repair process.

After four years of relatively stable customer satisfaction with the insurance claims experience, overall satisfaction in 2012 improves to 833 on a 1,000-point scale, an increase of 10 points from 2011. This increase is noteworthy because the study results are based on claims filed during 2011, when there were 99 weather-related disasters in the country, 14 of which totaled more than $1 billion in damages each, according to the Insurance Information Institute.

“A period of tremendous volatility in the industry, caused by a large number of devastating storms, led us to anticipate that satisfaction would decline, but that clearly was not the case,” said Jeremy Bowler, senior director of the insurance practice at J.D. Power and Associates. “The industry as a whole did well in not only handling the day-to-day claims, but also the large volume of claims associated with those major events.”

According to the study, high wind claims, which include tornado and hurricane damage, accounted for 33 percent of all claims filed, an increase from 21 percent in the 2011 study. Yet, among those who filed a claim for high wind damage, satisfaction remained stable relatively unchanged with the 2011 study.

When examining the results by region, there were mixed results in overall satisfaction in those regions with large increases in particular weather events.

Satisfaction in the South Atlantic and Northeast regions, both of which had increases in high wind claims due to hurricanes in 2011, improved 36 points and 18 points, respectively, compared with the 2011 study.

In contrast, overall satisfaction in the East North Central Region, which also had an increase in high wind claims due to tornado damage, declined by 14 points from 2011.

In addition, an increase in hail-related claims in the West South Central resulted in an eight-point drop in satisfaction year over year.

“The way in which carriers ramp up for a major natural catastrophe can have a major impact on customer satisfaction,” Bowler said.

Amica Mutual ranks highest in overall satisfaction in homeowner insurance claims experience, achieving a score of 894. Amica Mutual also performs particularly well in all five factors. Auto-Owners Insurance follows in the rankings with a score of 873, performing particularly well in service interaction, while Nationwide ranks third with 872. USAA also achieves high levels of customer satisfaction, although it is not included in the rankings due to the closed nature of its membership.

The 2012 Property Claims Satisfaction Study is based on more than 4,200 responses from homeowners insurance customers who filed a property claim between May 2010 and January 2012.