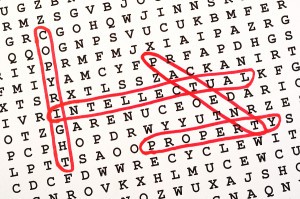 The costs associated with patent infringement litigation are high and rising, according to intellectual property insurance experts.

In smaller cases, litigation costs can be as much as the value of the intellectual property (IP) asset being protected. In larger asset cases, there is more at risk, which causes people to fight harder, Robert Fletcher, president of Intellectual Property Insurance Services Corp., said at the Professional Liability Underwriting Society’s conference held recently in San Diego, Calif.

A 2011 American Intellectual Property Law Association survey found that for amounts in controversy valued at less than $1 million, litigation costs through trial will total approximately $916,000.

“When you get to a case where the amount in controversy is between $1 million and $25 million, the price tag goes up,” Fletcher said. “It’s going to cost about $2.8 million to litigate those cases because people fight harder. There’s more at risk. There’s more to lose.”

Fletcher said that for cases with an amount in controversy between $1 million and $25 million, the costs to litigate through trial will run approximately $2.8 million. Cases with a value of more than $25 million will run about $6 million through trial.

“Those numbers do not take into account the fact that you may lose,” Fletcher said. “If that’s the case, you’re going to end up paying damages to the victorious party.”

Within the first half of 2011, 4872 federal district court cases were filed involving patent, copyright and/or trademark infringement.

The rise in costs and cases reflects the fact that intellectual property is everywhere. Very few, if any, corporations are without some IP that needs to be protected.

“[I]f you define intellectual property as ideas, innovations or reputation, a message or know- how, you’ll find that almost all companies have those assets,” said Fletcher.

One interesting aspect of IP is that no intent is necessary for a claim to be alleged against a business.

“If you make it, sell it, import it, you’re on the hook,” said Garrett Koehn, president Northwest U.S., Crump Insurance Services, Inc., one of the experts on a PLUS panel entitled “How to Overcome Your Intellectual Property Fear Factor.”

According to Fletcher, Koehn and the panelists, the fear of IP can be conquered by learning about IP.

Patents protect an invention or creative idea for up to 20 years. Patents can be further described by their nature: utility – for medicine like Vicodine, or a machine’s hardware; design, such as The Simpsons characters, the Dyson vacuum or bladeless fan; or plant, such as a type of specially bred plant or flower.

Trademarks protect the branding, origin, reputation of a product or service – that distinguish goods and services and include words, names, symbols, sounds, or colors. An example is Aunt Jemima.

Copyrights protect the message, authorship, music, and art for the life of the author plus 70 years.

Fourth, trade secrets are the know-how or information that is confidential about a company recipe or design.

According to Fletcher, there are two ways to value IP.

One way is to determine a business’s market value. “When you see terms like 80 percent of the company’s value is in its intellectual property, what’s really happening there is that people are looking at the market value of a company.”

The second way is to determine the assets versus the market value. “What they do then is they look at the balance sheet and they look to see what the assets are. Those are the things that accountants can find and that number is, very typically, much lower because accountants don’t value intellectual property,” Fletcher said. “The difference is the value of the intellectual property, almost by default.”

IP can be classified as non-patent and patent.

According to the panelists, insurance policies that address non-patent IP risks include:

The types of patent insurance policies available can be classified as either defensive or offensive policies:

A multi-peril patent policy can be used to cover business income, loss of economic advantage and provides an insured the ability to start again, Fletcher said.

According to the panelists, patent enforcement is important because if a business finds that there has been an infringement on its trademark but doesn’t take action to stop it, the business could lose the trademark.

It’s important to make sure an insured understands the coverage being sought. “You want to enforce a patent – not defend it – [a business owner] may buy the wrong insurance due to miswording the request,” he said.