In a complaint filed in Chicago federal court, Serta said it stopped selling its Perfect Day Cassini mattress model in J.C. Penney stores after Oleg Cassini in September accused it of infringing a trademark dating to the early 1950s. 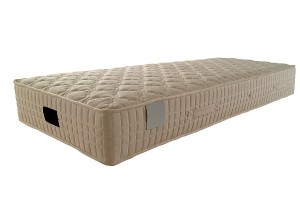 But Serta said Oleg Cassini has still threatened to sue both it and J.C. Penney, having maintained that the mattresses may still be sold as floor samples or in close-outs, and that links on Google and other search engines still reference them.

“Oleg Cassini Inc does not consider this matter closed,” and unless Serta provides a full accounting “will proceed to file suit,” the company’s lawyer Vincent Reppert wrote in a Nov. 1 letter attached to Serta’s complaint. The designer is seeking “reasonable damages,” the letter added.

Based in Hoffman Estates, Illinois, privately-held Serta calls itself the second-largest mattress manufacturer. It asked the court to declare it has not infringed any trademark, and to bar Oleg Cassini from pursuing related trademark litigation.

“These claims are absolutely ridiculous,” said J. Vincent Reppert, a partner at Reppert Kelly representing Oleg Cassini. “Oleg Cassini has had incontestable trademarks since 1951. We will vigorously prosecute this action.”

Serta said the mattress name “was inspired by numerous space-related entities including Giovanni Domenico Cassini, a famous Italian/French astronomer who lived from 1625-1712, and the famous NASA Cassini spacecraft and solstice mission.”

The name is also used for “various food products, a lunar crater, and a web server,” according to Thursday’s complaint.

Cassini died in 2006 at the age of 92. He was noted for dressing former U.S. First Lady Jacqueline Kennedy and others during a star-studded career. Products still bear his name, including wedding gowns sold at David’s Bridal.