A folk artist expanding his home business built around the words “eat more kale” says he’s ready to fight root-to-feather to protect his phrase from what he sees as an assault by the second-largest chicken restaurant chain in the country, which holds the trademark to the phrase “eat mor chikin.” 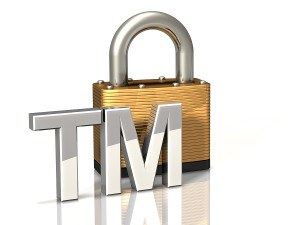 Bo Muller-Moore uses a hand silkscreen machine to apply his phrase, which he calls an expression of the benefits of local agriculture, on T- and sweatshirts. But his effort to protect his business from copycats drew the attention of Chick-fil-A, the Atlanta-based chain that uses ads with images of cows that can’t spell displaying their own phrase on message boards.

In a letter, a lawyer for Chick-fil-A said Muller-Moore’s effort to expand the use of his “eat more kale” message “is likely to cause confusion of the public and dilutes the distinctiveness of Chick-fil-A’s intellectual property and diminishes its value.”

Chick-fil-A, which trails only Louisville, Ky.-based KFC in market share in the chicken restaurant chain industry, has a long history of guarding its trademark, and the letter listed 30 examples of attempts by others to co-op the use of the “eat more” phrase that were withdrawn after Chick-fil-A protested. The Oct. 4 letter ordered Muller-Moore to stop using the phrase and turn over his website, eatmorekale.com, to Chick-fil-A.

Muller-Moore, 38, of Montpelier, says he won’t do that.

“Our plan is to not back down. This feels like David versus Goliath. I know what it’s like to protect what’s yours in business,” he said.

So he has enlisted the help of Montpelier lawyer Daniel Richardson and the intellectual property clinic at the University of New Hampshire School of Law’s Intellectual Property and Transaction Clinic.

“Bo’s is a very different statement. It’s more of a philosophical statement about local agriculture and community-supported farmers markets,” Richardson said. “At the end of the day, I don’t think anyone will step forward and say they brought an ‘eat more kale’ shirt thinking it was a Chick-fil-A product.”

Muller-Moore, who describes himself as a folk artist who earns a living working as a foster parent for an adult with special needs, said he started using the phrase “eat more kale” in 2000. A farmer friend who grows kale, a leafy vegetable that grows well in Vermont and is known for its nutritional value, asked Muller-Moore to make three T-shirts containing the phrase for his family for $10 each.

A few weeks later, the friend told Muller-Moore that people kept asking for the shirts. The phrase helped him get his silkscreen business going, which he later expanded through the Internet. Now, he prints “eat more kale” on hooded sweatshirts too. And he has the words printed on bumper stickers that are common throughout Central Vermont.

Five years ago, Muller-Moore said, he received a similar cease-and-desist letter from Chick-fil-A, telling him to stop using the phase. A pro bono lawyer traded a handful of letters with Chick-fil-A on his behalf. After the letters stopped, Muller-Moore assumed the issue had been decided in his favor and kept making the products.

But as his business grew, Muller-Moore decided to protect the phrase that became his unofficial trademark. He filed an application last summer with the U.S. Patent and Trademark Office to protect “eat more kale.” The application is pending.

Vermont Law School professor Oliver Goodenough, who specializes in intellectual and property law, said the kale versus chikin fight reminded him of a case two years ago when a Morrisville micro brewer that makes a beer called “Vermonster” ran afoul of the Monster energy drink company. That case was settled when the makers of Vermonster agreed never to go into the energy drink business.

Goodenough said there was little likelihood consumers would confuse kale with chicken.