A California Appeals court recently decided that emotional distress is a viable claim when associated with a dog’s injury. 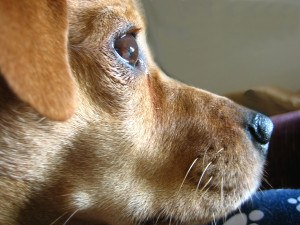 The appeals court found that California law allows a pet owner to recover for mental suffering caused by another’s intentional act that injures or kills his or her animal.

The decision stems from a 2009 lawsuit filed by Joyce and David Plotnik against their neighbor, John Meihaus Jr. and his two sons.

The two neighbors had had issues with each other since the Plotniks moved in to the Laguna Niguel neighborhood in 2003. In 2009, Meihaus and David Plotnik confronted each other when Plotnik noticed fencing on his property was cut. Hearing noise behind the fence he went to investigate. His 15 pound 12 inch tall dog, Romeo, followed and ran onto Meinhaus’ property. Plotnik lost sight of the dog and later heard Romeo squeal and saw him roll down a hill. Because the dog was having difficulty walking, the Plotniks took him to the vet and discovered he needed surgery on his right rear leg. The vet explained the injury was due to a traumatic event. David Plotnik confronted Meihaus about striking his dog and the conversation became heated as Meihaus’ two sons became involved.

Because plaintiffs and defendants had been involved in a prior suit involving homeowners association restrictions on fencing, plaintiffs sought a special verdict based on Meihaus breach of the 2007 settlement agreement in that matter.

The jury award consisted of non-economic damages, economic loss for surgery and post-op care and the emotional distress damages.