The North Carolina Court of Appeals has waded into a legal tussle over the wrongful death of a Jack Russell terrier. 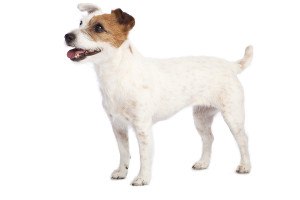 In a 20-page ruling issued Tuesday, the appeals court unanimously upheld an earlier ruling by the N.C. Industrial Commission, which decides compensation claims involving state agencies. The state commissioner had awarded the Sheras $2,755 for vet bills plus $350, the estimated cost for a new dog of the same breed.

Nancy Shera said she was insulted by the $350 valuation of her beloved pet.

“Laci had her own unique, distinct personality,” Nancy Shera said. “She brought so much joy to our lives. She was a part of our family. You cannot replace Laci.”

The Sheras bought Laci as a puppy in 1994 for $100. The couple, who has two grown children, quickly formed a strong bond with the dog.

Herb Shera, a retired U.S. Customs Service employee, has serious heart problems. When he had a bout of angina that left him unable to call for help, Laci ran to get Nancy, who called 911, she recalled.

In 2003, Laci was diagnosed with a form of liver cancer. After specialists in Cary operated to remove the tumor, the Sheras took Laci to N.C. State for oncology treatment that resulted in her cancer going into remission.

But in March 2007, the Sheras took Laci back to the vet school with a list of life-threatening symptoms that included pancreatitis and multi-systemic organ disease. While she was being kept under observation in the canine intensive care unit, a staff member attempted to feed Laci through a tube inserted through her nose.

The staff member accidently inserted the tube into the dog’s trachea, pumping food into her lungs rather than her stomach, according to court findings.

Nancy Shera said Laci struggled for hours before she died. She still alternates between tears and anger when talking about what happened.

“Laci was a fighter,” Shera said. “She beat cancer. But they slowly drowned her.”

The couple sought the help of Calley Gerber, a Raleigh attorney who operates North Carolina’s only firm solely focused on cases involving animals. Their 2009 lawsuit against N.C. State sought damages for “the intrinsic value of the unique human-animal bond,” as well as reimbursement for veterinary services, mileage, hotel lodging, cremation expenses and “noneconomic damages, including emotional distress and loss of enjoyment of life.”

In court, the university was defended by the office of Attorney General Roy Cooper, with supporting briefs filed by groups representing veterinarians and pet product manufactures, as well as the American Kennel Club and the Cat Fanciers’ Association.

In its ruling, the three-judge appeals court cited numerous legal precedents, including a case where a child died as a result of medical malpractice.

“North Carolina law has not yet recognized a lost investment valuation method in wrongful death cases, whether human child or pet animal,” said Tuesday’s opinion, which was written by Judge J. Douglas McCullough.

Writing for the three-judge panel, Judge J. Douglas McCullough said there is no basis in state law where the total investment over a lifetime was used to determine the value of a lost life, “whether human child or pet animal” and “whether sentient or not.” McCullough cited numerous legal precedents, including a case where a child died as a result of medical malpractice.

A spokeswoman for the N.C. Department of Justice, which has defended the vet school, declined to comment.

“Our sympathies go out to the Shera family members for the loss of their dog,” Kulikowski said.

Nancy Shera said she is still taking in the latest ruling, but that the couple will consider an appeal to the North Carolina Supreme Court.

Over the last four years, the Sheras have spent more in legal fees than the $28,000 they originally sought in damages.

“I want justice for Laci,” Nancy Shera said. “It’s not about the money.