Colorado’s 2012 wildfire season has already reached devastating historic levels, and new insurance claim estimates from the hail, wind and flooding that wreaked havoc on June 6th from South Denver-Metro down to Colorado Springs, and then dished out a second round on June 7th in Northern Colorado and the Eastern Plains make it the state’s fourth most costly catastrophe, with an estimated 69,842 auto and property claims totaling $321.1 million.

Insurance companies track both storms as one event so damage estimates include 33,459 auto claims and 36,383 property claims. The lion’s share of the damage was to roofs, along with hail battered and flooded vehicles. 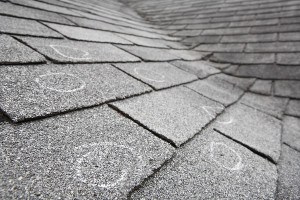 When adjusted for inflation in today’s dollars, July 11, 1990, still ranks the highest with an estimated $1.08 billion in insured damage. July 20, 2009, is second on the list with a hailstorm hitting the North Denver-Metro area and costing an estimated $804.8 million (most expensive in actual claims paid). Third is the June 2009 tornado and hail that pounded Aurora and the South-Metro and Fort Collins.

“Colorado is already experiencing its most destructive wildfire season and Mother Nature doesn’t appear to be letting up any time soon,” says Carole Walker, executive director of the Rocky Mountain Insurance Information Association. “While wildfire can exact a more devastating personal toll, this is a stark reminder that hail is still historically the state’s most costly insured catastrophe due to the widespread damage to cars and property.”