An amendment to the current leash law in Arizona could soon mean insured dogs will roam leash-free. 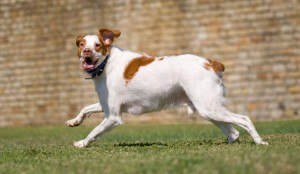 If passed, SB 1065 would allow dog owners the right to let their pets out leash-free, provided they purchase a $100,000 canine liability policy.

This despite the fact that dog bites account for more than one third of all homeowners’ insurance liability claims, costing $413,000 million in 2010, according to the Insurance Information Institute. The average cost of a dog bite claim was $26,166 in 2010. Since 2003, the cost associated with these claims has risen 37 percent.

According to State Farm’s yearly list of the states with the most dog bite claims, Arizona ranked 15th among states for dog bite claims in 2009 and 2010.

Despite the reduction in claim payouts between 2009 and 2010, State Farm has seen an increase in dog bite claims in Arizona over the past 5 years.

According to an Arizona defense attorney, the amendment seems to be a lose-lose endeavor for both the general public and the dog owner/policyholder.

“Regarding SB 1065, the purpose of leash laws would seem to be twofold; to protect the public from dogs’ unwanted intrusions whether on property or person, and to protect the dog from dangers while running at large,” said Mark Fullerton, a Phoenix, Ariz., insurance defense attorney.

“The proposed bill doesn’t protect either of the above purposes. It only accomplishes reimbursing a person once the dog has already destroyed property or injured a person. Frankly, it’s doubtful if the general public would be interested in dogs running at large anyway,” Fullerton said.

“From an insurer’s prospective, most homeowner’s policies now cover dog liabilities. If the bill would pass there would be an increase in dog liability incidents. Either the insurer would increase the premiums across the board or exclude dog liability from the policy and have liability coverage added by amendment,” Fullerton said. “Or lastly, every dog owner would have to purchase canine liability insurance. Whatever option would occur, the insured would be paying more in premium dollar.”

Despite the $100,000 coverage requirement suggested by the proposed bill, juries around the country are awarding much more to dog-bite victims.

In 2011, a jury in Washington State awarded $2.2 million to a dog bite victim who sustained $100,000 in medical specials and $2.1 million for pain and suffering. Just last month, an Illinois jury awarded $140,000 for injuries resulting from a dog bite. A plaintiff attorney in Oregon, who bills himself as the “Oregon Dog Bite Attorney”, claims he’s won more than $19 million in verdicts and settlement in the past six years.

An agency website offers canine legal liability coverage for New York residents only. The rates for that state begin at $595 per dog for $100,000 worth of coverage with a $500 deductible and $5000 medical payments coverage. Rates can vary based on the state, the dog breed, and the coverage amount selected.