For the most part, that’s true.

But a small team from our Claims department spent some of those crucial hours after Hurricane Michael hit the Florida panhandle scouring the internet for images of damage left behind by the storm.

By crowdsourcing readily available social media images from the hardest hit areas, we were able to get a head start on responding to our customers’ needs.

So, even before any claims were reported, we had insight into which customers would likely need help recovering from the storm.

Here is how this proactive approach benefits our customers:

The last point is critical, because storm damage that remains unaddressed can lead to more extensive losses. For example, a damaged roof that is not quickly covered with tarps may allow more rain to seep in, and a flooded basement left soaking can lead to mold growth, which can impact the time it takes to get our customers back up and running.

So, the sooner Zurich can help its customers recover from storm damages, the sooner they can resume business operations. The Federal Emergency Management Agency (FEMA) reports that 40 percent of small and midsize businesses never reopen following a disaster.

Social media is just one tool in Zurich’s catastrophe-response strategy. Before we discovered the power of Facebook, Twitter, Instagram and other online sources, we routinely called customers who were in the path of the storm.

We still do, but often no one is there to answer the phone, because their worksite or home has been badly damaged by the storm and/or business owners are busy making sure their employees are safe. Many haven’t yet returned to work to assess the damage.

We begin the social media image search almost immediately after the storm has passed. Within a day or two, the National Oceanic and Atmospheric Association (NOAA) provides satellite images of the affected areas.

With the help of our colleagues in Underwriting, Predictive Analytics and Risk Engineering, we can overlay the NOAA images and information culled from our social media searches with our customers’ locations and create a map to guide our response strategy.

“Hurricane Michael made landfall on Wednesday afternoon. By Thursday night, we had a full report showing fifty of our largest potential exposures for the event and whether any damages were visible,” said Catherine Marciniak, AVP Catastrophe Operations.

We started mining social media for information about catastrophes after the 2014 Napa Valley earthquake, which was the strongest earthquake to hit the region in 25 years.

The United States Geological Survey (USGS) hosts a website called, “Did You Feel It?”, where thousands of people in the earthquake zone provided their locations and ranked how much the ground shook. We were able to use reports from the USGS site to determine which of our customers were most likely affected by the earthquake.

After that experience, we began to look for crowdsourced images following other catastrophes, like hurricanes. We really put this approach to the test in 2017, when three major hurricanes—Harvey, Irma and Maria—struck the United States.

We continue to refine the strategy with each storm. We understand that the sooner we can respond to our customers’ needs, the sooner they can get back to business. 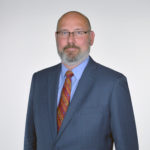