Patients who have to go out of state to get cannabis oil say they will face risks and hurdles even after medical marijuana becomes legal in Georgia on Thursday.

Gov. Nathan Deal will sign a law that makes it legal to possess up to 20 ounces of cannabis oil in Georgia. But patients who need the oil still have to go out of state to get it, because it remains illegal to produce at home.

That means families have to travel out-of-state to get the oil, and it is unclear whether the federal government will tolerate that.

The U.S. Justice Department has said it will not stand in the way of states that want to legalize marijuana as long as there are effective controls in place. However, marijuana remains illegal under federal law and in every state between Georgia and Colorado.

That, according to Rep. Allen Peake, means families that have to drive or fly to Colorado could risk penalties if the marijuana extract is found by a federal officer or airport security, or a law enforcement official from a state where marijuana is illegal. 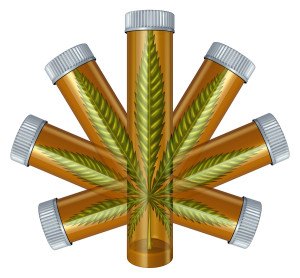 Peake, a Macon Republican who sponsored the original legislation, said two Colorado companies have agreed to ship cannabis oil, with no more than 0.3 percent content of tetrahydrocannabinol, or THC, the psychoactive ingredient. But the lawmaker contends the THC level is not high enough to help many patients. Georgia’s new law allows up to 5 percent THC.

“The product is not FDA approved,” Peake said. “You’d have to fly to Colorado or risk crossing state lines. … Until we have a safe product produced and cultivated in Georgia, we’re going to face challenges.”

Some 14 families from Georgia have moved to Colorado to get medical marijuana for their children. Blaine Cloud, 42, of Atlanta, hasn’t moved his wife and children just yet. Daughter Alaina, 9, has seizures, and he hopes the low THC content cannabis oil will help her.

“But we will do what’s best for her,” he said. “If we have to travel out there, then that’s what we’ll do. It’s ludicrous to have meds legal in Colorado and California and soon in Georgia but not in the states you have to travel through to get back home. It may take a few people getting caught to show the injustice of the system.”

The family of 3-year-old Jagger Cotte, 3, moved from Atlanta to Denver so the boy could have access to cannabis oil. They want to return home to Georgia but are wary.

“I fly a lot and I know the TSA (Transportation Security Administration). There’s a three-ounce maximum for liquids. It’s not right to ask families of sick children to be going all over the country,” Sebatien Cotte said. Jagger needs the full 20 ounces.

“I know many people shipping it back, but none of the methods are risk free. We’ll drive,” when the family has to return to Colorado to get more after moving back to Georgia, he said.

Cannabis oil has not been approved by the FDA. Peake’s bill would allow it to be used for seizures, cancer, Crohn’s disease, Lou Gehrig’s disease, multiple sclerosis, Parkinson’s, mitochondrial disease and sickle cell anemia, helping up to 500,000 Georgians.

The law sets up agencies to oversee the program. Patients must get an authorization from a doctor, a certification form, and sign up with the Department of Public Health to obtain a registration card.

“The Georgia Department of Public Health – working with the Georgia Composite Medical Board – will move quickly to implement a system that will effectively and efficiently provide qualifying individuals with documentation allowing them to possess low THC-cannabis oil for medical purposes,” said Shawn Ryan of DPH.

Peake said at least 29 families will soon be receiving the 0.3 percent THC product by mail. Whether that’s legal, he said, “is a gray area.”

Heather Jackson, spokeswoman for the Realm of Caring Foundation, a nonprofit that has helped set up the procedure to ship cannabis oil to Georgia, said it can contain no more than 0.3 percent THC.

“It’s such a shame to put families in a situation to be criminal to help their loved ones,” she said. “We’ve had about 400 families relocate to Colorado Springs for treatment from all over the country. The DEA (Drug Enforcement Administration) is turning a blind eye to this, but anything detectable with THC is technically illegal.”