With the approval of marijuana as a treatment for medical conditions in 23 states, plus Washington D.C., and the legalization of recreational marijuana use in two states (Colorado and Washington where its legal medically and recreationally), there are several factors an adjuster should consider when handling an injury claim involving legalized marijuana use.

According to Dr. Peplowski, who was previously with State Fund, adjusters handling liability injury claims with subrogation and workers’ compensation claims need to be cognizant of the states with legalized marijuana laws and with pending regulations in 15 more states.

Though medical marijuana may be legal in certain jurisdictions, it doesn’t mean a patient should use it for treatment, Dr. Peplowski said. That’s because none of the treatment guidelines recommend medical marijuana.

She noted that marijuana has been found to benefit those with seizure disorders, as an anti-inflammatory for IBD, and in place of opioids as it lessens deaths from overdoses.

Some risks, according to Dr. Peplowski, include psychosis, anxiety, panic attacks, depression, increased effects when mixing with alcohol, cyclic vomiting syndrome and flash burns that may occur during marijuana extraction. 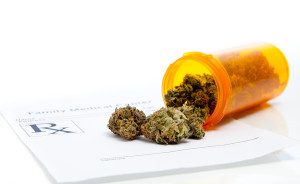 Marijuana has 400 chemical components, she said, with THC being the most psychoactive. It’s considered a schedule I drug by the FDA, under the Controlled Substance Act – the same as heroin and LSD – because it has a high abuse potential. And there have been no large, blind randomized studies or human trials.

Some of the FDA’s questions related to medical marijuana include:

It is illegal under federal law for anyone to sell or use marijuana, and though this law supersedes state laws, the U.S. attorney general granted jurisdiction to states in October 2009.

She described dosing thresholds as:

A single cookie or pack of gummy bears equals about 100 mg. Though child-proofed until opened, there are currently no instructions or warnings on packaging. The Denver Post conducted a test on several cookies and found THC ranging from 0-146 mg.

According to Rob Shatsnider, vice president of CompWest Insurance, another presenter on the topic, it is easier to review bills on liability claims since treatment has already occurred. The main issue is med pay.

He said that adjusters don’t have to do anything with Medicare Set Asides because the government doesn’t currently recognize marijuana as a medical treatment.

Shatsnider pointed to a case in New Mexico where the appellate court mandated a workers’ comp insurer cover medical marijuana as treatment for an employee’s chronic pain relating to a workplace injury. The case is currently pending a decision by the Supreme Court.