A Texas-based insurance company has prevailed in the first lawsuit to go to trial over claims from two massive hailstorms in Hidalgo County, Texas, in 2012.

The 12-member jury in Amaro v. National Lloyds found that National Lloyds Insurance Co. acted in good faith and appropriately processed the claim for damage presented by the insureds, Andrea and Martin Amaro, under the terms of the insurance policy.

“This verdict confirms National Lloyds acted in good faith to fairly pay a 2012 hailstorm claim,” Robert Otis, president and CEO of Waco-based National Lloyds, said in a statement emailed to Insurance Journal. “We work hard to settle claims promptly with the full payment we agreed to provide the customer when they purchased our policy. We are very pleased that, after careful consideration of the facts of this case, the jury agreed we fulfilled our promise.” 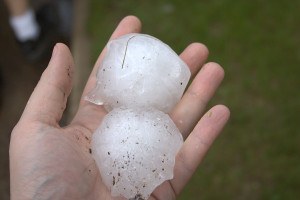 Around 30,000 residential claims have been filed with insurers over property damage from hailstorms that occurred on March 29, 2012, and April 20, 2012, in Hidalgo County.

In the wake of the jury verdict in the Amaro case, Hidalgo County District Clerk Laura Hinojosa told KRGV, a local television affiliate in the Rio Grande Valley, that more than 13,000 cases were filed after the 2012 hailstorms. The Amaro case was one of around 9,300 lawsuits still pending in Hidalgo County against insurance companies stemming from those storms. The cases were consolidated in the 206th District Court in Edinburg, Texas, as multidistrict litigation (MDL) under the purview of State District Judge Rose Reyna. The Amaro case was designated as part of MDL 13-0123.

“This is a big victory for insurance companies who respond quickly after storms, and resolve their policyholders’ claims fairly and promptly. This decision by the citizens of Hidalgo County was a loud and clear message that frivolous lawsuits from McAllen’s hailstorm won’t be tolerated,” said Mark Hanna, a spokesman for the Insurance Council of Texas, an industry trade group.

The Amaros were represented by attorneys from the Houston-based firm, Mostyn Law. In 2013 the firm announced that Mostyn attorneys Amber Anderson Mostyn and Greg Cox had been named liaison counsels in the hailstorm MDL.

Amber Mostyn told Insurance Journal that the firm disagrees with the jury’s conclusion in Amaro and is considering an appeal.

“We greatly appreciate the jury’s work, but we respectfully believe their verdict did not reflect the facts presented at trial. The evidence demonstrated that National Lloyds breached the Amaros’ insurance policy. National Lloyds was also in violation of several provisions of the Texas Insurance Code,” Mostyn said in an email. “Accordingly, we are considering the best course of action to continue to seek justice for our clients, which may include an appeal.”

Texas annually experiences some of the most extreme weather events in the nation and leads the states in the average number of hailstorms each year. While hail events in the past typically have generated a low percentage of property claim litigation — around 2 percent, according to the ICT’s Hanna — the numbers have been steadily increasing.

Scott Doyen, an attorney for National Lloyds, said the lawsuits against insurers filed after the 2012 hailstorms are following a similar pattern as those filed in the wake of Hurricane Rita in 2005, and Hurricanes Ike and Dolly in 2008.

The reason is that “under Texas insurance code provisions, if a carrier is found to owe money, that it is found that you [the carrier] engaged in bad faith in the claims handling process or you owed money that was not paid during the handling of the claim, then the plaintiff is entitled to the recovery of attorney’s fees.”

At closing argument in the Amaro case, for instance, the plaintiff argued for between $13,000 and $14,000 in actual damages, broken into separate components, Doyen said.

“One was the roof, for which they said improper depreciation was taken and not enough money was paid. That part of the claim amounted to about $900,” he said. The remainder was “for the air conditioner, which they said needs to be replaced and the interior damage that they said was the result of the hailstorm.”

So the attorneys argued for fees of between $147,000 and $200,000 on a claim that, if the jury had believed the claims, at most might have awarded the Amaros less than $14,000 in total actual damages and somewhere around $900 in actual damages for the roof, he said.

Insurers, including National Lloyds, say these lawsuits are disrupting the availability of insurance and raising costs for all consumers.

“We are increasingly concerned about the volume of litigation insurers are experiencing across the state. The impact of these excessive demands and the significant costs of defending such lawsuits are driving up the costs of homeowners insurance for the customers who need and deserve the protection afforded by our policies,” Otis said.

In a recent letter sent to National Lloyds’ agents Otis said the company believes the Amaro lawsuit “was completely without merit and simply a calculated effort by trial lawyers to manufacture complaints to capitalize on a loophole in Texas law. The tremendous volume of litigation is of growing concern as this increases costs to all consumers and may limit availability of insurance for others. In fact, one juror in the Hidalgo case explained his support of National Lloyds saying, ‘I do understand that lawyers make a lot of money, but hearing that amount [the requested damages and legal fees] made me realize this was not about the little people anymore.’”

National Lloyds, which does the majority of its business in Texas, is facing hundreds of lawsuits from the Hidalgo County hailstorms alone, Doyen said. In the case of those 2012 hailstorms, for claims filed with National Lloyds in 2012 the litigation rate is about 25 percent. For damage claims from the 2012 storms filed in 2013 to 2014 the rate goes up to around 55 percent and for claims filed in 2014, the litigation rate is up to around 85 percent, he said.

Otis noted that Amaro is the third case “in recent months in which the courts have ruled in National Lloyds’ favor.” The Texas Supreme Court in October 2014 found that one lawsuit against the company amounted to a “fishing expedition” and a jury in Jefferson County (Texas) District court November 2014 found in favor of National Lloyds in a dispute over a policy claim related to Hurricane Ike in 2008, Otis said.

“Since 1948, Waco-based National Lloyds has been committed to providing coverage to homeowners who often are not able to find affordable protection with many standard insurers. We stand by that today and are happy that the court decisions have continued to recognize our commitment,” he said in the agents’ letter.

It’s expected that Texas lawmakers will file legislation during the current session aimed at stemming the tide of property claims litigation that is considered to be frivolous. As of this writing such legislation has not been filed.