A lawsuit filed by an Oklahoma woman who claimed she contracted salmonella after eating at Taco Bell has been transferred to federal court. 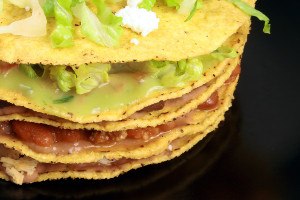 A judge in Cleveland County approved the transfer last week. Leah Smith sued Taco Bell in February, claiming that she was sick for two weeks after eating at Taco Bell. She’s seeking more than $75,000 in damages.

In a court filing, Taco Bell denied it was liable for Smith’s illness. The company asked a federal judge to dismiss it from the lawsuit.

The Centers for Disease Control said that 68 people – including 16 in Oklahoma – were infected with salmonella after eating at a “Mexican-style fast-food restaurant chain.”

The case has been assigned to U.S. District Judge Joe Heaton.