Taco Bell said in a statement on Wednesday that investigators found that some of the people who became ill ate at Taco Bell, while others did not.

“They believe that the problem likely occurred at the supplier level before it was delivered to any restaurant or food outlet. We take food quality and safety very seriously,” Taco Bell said, echoing information from the Centers for Disease Control and Prevention’s Jan. 19 final report on the outbreak.

The cluster of Salmonella Enteritidis is believed to have begun in mid-October and ended by the time CDC issued its final report. Illness was reported in Texas, Oklahoma, Kansas, Iowa, Michigan, Missouri, Nebraska, New Mexico, Ohio and Tennessee.

CDC said 31 percent patients were hospitalized. No deaths were reported. 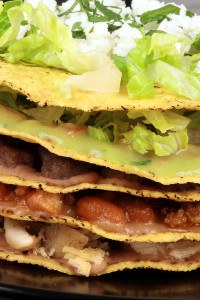 The outbreak had an air of mystery about it because CDC’s final report said it was linked to a Mexican-style fast-food chain identified only as “Restaurant A.”

Food Safety News was first to identify Taco Bell as Restaurant A, citing a document from the Oklahoma State Department of Health’s Acute Disease Service.

Salmonella infections often cause diarrhea, fever and abdominal cramps. The illness usually last four to seven days and most people recover without treatment.

CDC estimates that one in six people in the United States gets sick from eating contaminated food each year. Foodborne illness is blamed for about 3,000 deaths annually.