Frustrated with automated answering machines before you finally get to speak with a customer service representative? When it comes to insurance, you’ll just as likely end up dealing with a robot as a human within three years, according to a survey by Accenture Plc.

About two-thirds of insurers already use artificial intelligence-based “virtual assistants,” the consulting firm said in the report, which was published on Wednesday. Of the executives who took part in the survey, 85 percent said they plan to invest “significantly” in AI in the next three years.

“It’s coming pretty quickly,” John Cusano, global head of Accenture’s insurance practice, said in a telephone interview. “One of the first services to be managed differently will be routine inquiries about the status of claims or bills, which in the past have been handled by call centers.”

A combination of price pressure and ultra-low interest rates is forcing insurers to cut costs to preserve their profit margins. Introducing more automation is one way of achieving this, while also satisfying a greater demand for digital products and to fend off competition from fintech startups that also offer insurance products.

Allianz SE, for example, is digitalizing policy underwriting and claims handling as part of a plan to achieve 1 billion euros ($1.1 billion) of productivity gains in 2018.

“In the U.S., major insurers such as Allstate and Geico have already launched virtual assistants,” Cusano said. “As Google, Apple, Samsung and Amazon push virtual-assistance products, it will help spread their use in the industry.” 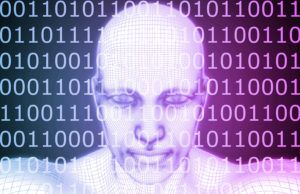 Insurance companies will spend on average $90 million on artificial-intelligence technologies by 2020, according to research from Tata Consultancy Services. The IT consulting firm forecasts in a study that insurers will place fourth behind telecommunications ($131 million), high tech ($119 million), and banking ($99 million) in AI spending by the end of the decade.

Geico, the U.S. insurer owned by Berkshire Hathaway Inc., uses a a virtual assistant for its mobile application called Kate, according to the Accenture report. Kate can answer basic questions like “What is the current balance on my auto insurance policy?” or “When is my next payment due?”, the report showed.

Lemonade Inc., an insurance startup in the U.S., has promised to “deliver instant online insurance by replacing brokers and bureaucracy with bots,” according to the Accenture report.

“There’s an opportunity to add AI to the back-end transaction systems,” Cusano said. “This will create a need to clean up older and less flexible technology and will give startups the advantage of being able to build that from scratch.”
Multiple Applications

Rafts of industries have adopted artificial intelligence to develop products ranging from self-driving cars to software that can help asset managers analyze huge amounts of data. More than a quarter of insurance-company chiefs say technology will “completely reshape” their industry in the next five years, PricewaterhouseCoopers LLP said in a survey of insurance CEOs published in February.

“The real value of automation is to take care of routine tasks, freeing up employees to deal with more complex issues,” Cusano said. “While it’s going to change the way work is done at insurers and their agents, it’s debatable whether this will lead to a smaller workforce.”