The Jerry Sandusky scandal at Penn State University leaves in its wake an avalanche of repercussions specific to the area of employer and insurance liability. According to national news reports, Penn State recently settled with 26 men who alleged that they were abused by Sandusky for $59.7 million, and as of October 2013, the university had already spent $50 million on legal fees and other costs associated with the scandal. The university has also commented that the settlements will not be paid using tuition, tax funds, or donations, but rather will be recompensed through its liability insurance policies. This case presents interesting and conflicting questions of liability. On the one hand, Sandusky has been found criminally and civilly liable for his actions, but how do those actions impute to the organizations that he was affiliated with during the perpetuation of his crimes?

Sandusky began coaching at Penn State in 1969 and remained employed with the university, primarily as a defensive coordinator for its football program, for several years. From 1977 until the scandal surfaced, Sandusky was also associated with a nonprofit organization, The Second Mile. He created the organization as a group foster home for boys, and it later became a renowned charity that helped boys with absent or dysfunctional families. Sandusky’s positions within The Second Mile ranged from volunteer to an executive-level employee. He was able to use his coaching position and later emeritus status at Penn State to access recreational and football facilities for use by The Second Mile children. After he was charged with a laundry list of sexual abuse claims against minors whom Sandusky had come to know through the nonprofit, a jury found Sandusky guilty of 45 criminal charges, including deviate sexual intercourse, unlawful contact with minors, and endangering the welfare of children, which resulted in a thirty- to sixty-year prison sentence.

The Second Mile held an insurance policy on a “claims made” basis with Federal Insurance Company to insure the entity and all of its officers and directors. This policy contained both Directors and Officers Liability and Entity Liability Coverage (D & O) and Employment Practices Liability Coverage (EPL). (Fed. Ins. Co. v. Sandusky, No. 4:11-cv-02375) After Sandusky was indicted for offenses against children and named as a defendant in related civil suits, he sought coverage under both the D&O and EPL sections of The Second Mile’s policy. Reserving its right to deny coverage, Federal informed Sandusky that it would provide him with a defense and advanced $125,000 to his criminal defense attorney. Federal later filed a declaratory judgment action asking the court to declare that Federal was not required to provide coverage for Sandusky’s defense in both the criminal and civil cases against him. The Middle District of Pennsylvania granted summary judgment in favor of Federal relying upon strong public policy considerations.

In reaching its determination, the court first explored the insurance policy and events that trigger coverage to determine whether Federal had to provide Sandusky a defense. Under all circumstances, coverage was only triggered when any person insured under the policy was acting in their capacity as an employee or executive of the organization. Using this language, the court next explored strong public policy based upon the notion that criminal acts are inherently personal, which means they rarely, if ever, fall within the scope of employment. Several courts have specifically found that sexual abuse is inherently personal in nature and utterly outrageous, which makes these claims certainly inconsistent with an interest or purpose of an employer and brings them outside the scope of employment. In Plavi v. Nemacolin Volunteer Fire Co., 151 Pa. Commw. 587, 590 (Pa. Commw. Ct. 1992), the courts determined that the employer was not vicariously liable for firefighter’s acts of child molestation because his “conduct was so outrageous, so criminal, and so incapable of anticipation by his employer that it must be held, as a matter of law, to have exceeded the scope of his employment.” In Doe v. North River Ins. Co., 719 F. Supp. 2d 1352, 1360 (M.D. Fla. 2010), the courts opined that a “sex crimes detective’s acts of sexual battery was outside the scope of his employment.” Lastly, in Keen v. Fla. Sheriffs’ Self-Ins. Fund, 962 So. 2d 1021, 1024 (Fla. 4th DCA 2007) the courts determined that a “sheriff’s employee’s “law enforcement duties ended when he coerced an inmate of the jail to have sex with him.”

Comparing the allegations against Sandusky to the coverage provisions of the insurance policy, the court found that Sandusky’s acts did not trigger coverage and Sandusky was owed no defense under the policy because it was “clear that Defendant Sandusky was not acting in his capacity as an employee or executive of The Second Mile in sexually abusing and molesting the victims named in the criminal and civil cases against him . . . .”

However, some of the civil complaints included claims against Penn State and The Second Mile as well. These claims alleged that had investigations about child molestation charges been competently completed, both Penn State and The Second Mile would have learned that Sandusky’s child abuse dated back to the 1970s and that many children would not have been sexually assaulted after the investigation. Regrettably, asserting claims related to sexual misconduct against organizations is not a novel concept. Starting with the Roman Catholic Church scandal in the mid-1980s, the prevalence of sexual misconduct claims has risen. An understanding of how and why employers and organizations might be held liable for acts such as Sandusky’s is necessitated to ensure proper risk management procedures.

There are two overarching principals under which an organization may be liable for the acts of its employees: vicarious liability and negligence, usually in hiring, retention, or supervision. Under vicarious liability, an employer may be liable for injuries to third parties resulting from the wrongful acts of its employees if the wrongful acts take place while the employee is acting within the scope of his or her employment or to further an interest or purpose of the employer. Similarly, employers may be liable for their own negligence when hiring, retaining, or supervising an employee whose negligent or intentional acts cause foreseeable injuries to third parties. Each claim rests upon the notion that the organization, either through agency or by negligent oversight, enabled or furthered the employee’s harmful acts.

Although the issue is yet to be resolved in court for many pending civil claims against Sandusky, the Middle District of Pennsylvania relied on the same public policy precedent when determining insurance coverage for Sandusky’s acts. As discussed above, the court found it was clear that Sandusky could not have been acting in his capacity as an employee of The Second Mile when he was sexually abusing and molesting his victims. It is therefore likely that any remaining claims for vicarious liability against both Penn State University and The Second Mile will similarly fail in court. Although each case presents its own scenarios, in a similar situation, an organization may rely upon the strong public policy argument to remove criminal acts from the scope of employment when faced with claims of vicarious liability.

In one civil claim against Penn State and The Second Mile for negligence, the plaintiff, John Doe A, plead that both organizations owed the minor children in their care a duty. Complaint at 12-14, John Doe A v. The Second Mile, No. 111102968 (Court of Common Pleas Philadelphia Cnty., Pa. filed Nov. 30, 2011). The plaintiff alleged that both Penn State and The Second Mile knew or should have known of Sandusky’s propensity to sexually assault minors, making him unfit for his employment or involvement with both organizations and, therefore, the organizations’ failure to investigate or discharge Sandusky was grossly unreasonable in light of the information they knew or should have known, and this failure proximately caused several injuries to John Doe A. The circumstances of these allegations, coupled with external factors such as public scrutiny and intensive, global media exposure, likely weighed on Penn State’s decision to settle.

The Penn State/Jerry Sandusky scandal is a cautionary tale for employers of all scale and type. Employers need to be mindful of and use available resources to vet employees to avoid these types of circumstances. Diligent investigation in hiring practices and efficient resolution of potential employee misconduct is also paramount to risk management. It is also prudent for organizations to seek review of their practices and policies from legal counsel to ensure potential liabilities are adequately addressed. 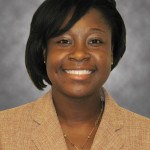 Tashia M. Small, Esq. is an associate in the Jacksonville office of Marshall Dennehey Warner Coleman & Goggin. She practices in all areas of insurance defense, including employment law. She may be reached at tmsmall@mdwcg.com.

Insurers Win Most — But Not All — Covid Business-Loss Lawsuits