A new rule in Washington state created by the Washington State Human Rights Commission requires buildings open to the public to allow transgender people to use restrooms and locker rooms of the gender they identify with, officials said Tuesday. 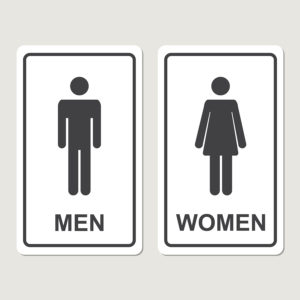 A prior draft of the rule said schools must “assess the use of locker rooms by transgendered students on a case-by-case basis.” The final policy approved last month removed the separate standard for schools.

The commission, created by Washington’s Legislature, is responsible for administering and enforcing the Washington Law Against Discrimination, said Ortiz, who was appointed executive director in 2009. The commission began considering the new policy in2012, Ortiz said.

Under the state’s anti-discrimination law, sexual orientation is a protected class, like race, which includes “gender expression or identity,” Ortiz said.

Ortiz and Margaret Chen, a staff attorney at the American Civil Liberties Union, said the policy clarifies law that existed under that anti-discrimination law.

Some opponents of a widely publicized city ballot measure in Houston that sought to create nondiscrimination protections for gay and transgender people highlighted part of that ordinance regarding public bathroom access for transgender people, saying it would let sexual predators enter women’s restrooms. The measure failed in November.

“Transgender people are already living and working in Washington State, and we think they should be treated with dignity and respect like everybody else,” she said.