Amanda Bynes has been hospitalized for a mental health evaluation after a witness said he spotted flames on her pant legs from a small gasoline fire in the driveway of a California home. 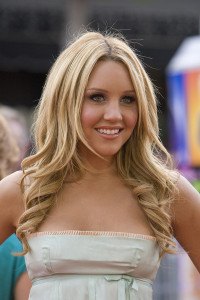 Deputies responding to an emergency call on Monday night said the 27-year-old actress had started the fire in the driveway in Thousand Oaks, county sheriff’s Capt. Don Aguilar said.

KABC-TV said the flames were fueled by gasoline.

Deputies determined that Bynes met the criteria for a mental health hold and took her into custody, where she can be held for 72 hours of observation, Aguilar said.

No charges were filed and responding fire officials did not administer any medical care, Aguilar said.

Richard Hutton and David Feldman, who are listed as Bynes’ attorneys in industry databases, refused to comment.

The former Nickelodeon actress has had several run-ins with the law. In December, she resolved a misdemeanor hit-and-run case after entering into a civil settlement with other drivers.

She was charged last fall with driving on a suspended license after it was temporarily taken away from her following two hit-and-run cases.

She also pleaded not guilty to drunken driving in a separate case.

Earlier this month Bynes appeared in a New York court on allegations that she chucked a marijuana bong out the window of her 36th-floor Manhattan apartment.

Beginning in 2000, she won four consecutive Kids Choice Awards for best television actress, the first for her role in the ensemble kids comedy-variety show “All That,” and the others for her starring vehicle “The Amanda Show.” She also appeared in the films “Big Fat Liar” and “What A Girl Wants.”

Bynes, who grew up in Thousand Oaks, also starred in several TV movies before her career began to decline.