Hawaii investigators were focusing on previous Pearl City burglaries as they try to determine if burglars sparked a fire last week that killed a 97-year-old woman, the Honolulu Star-Advertiser reported.

Video surveillance cameras have captured images of two men in separate burglaries stealing exotic fish from a home on the same street where Betty Hagihara died in a fire early Friday morning, the newspaper said. 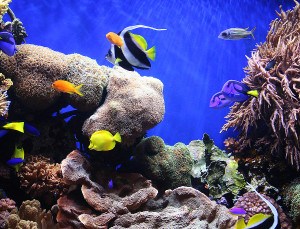 Investigators were trying to determine whether burglars using a blowtorch to force open a lock may have sparked the blaze that killed Hagihara.

Neighbors helped two other residents of the home escape the flames.

One of the residents who made it out of the house said the home has been burglarized several times in the past by thieves trying to steal his radio-controlled model plane collection.

The resident, who has not been named, blamed burglars using a blowtorch trying to force open a lock on a shed behind the house for starting the fire.

The house with the tropical fish collection was burglarized in September 2011, then again on March 8, police said.

In the September burglary, one man was caught on video. In the March burglary, surveillance video caught a second man on tape.

In both incidents the suspects seemed to be aware of the video camera and tried to cover their faces, investigators said.