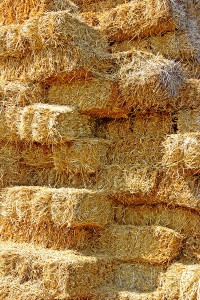 Farmers in northern Idaho believe they were the target of arson after a string of fires in recent months consumed $142,000 worth of baled hay.

Fire officials have deemed the four blazes reported since July as suspicious and have launched an investigation.

A fire late last week destroyed 61 tons of wheat straw bales worth $4,300. The same farmer lost 300 tons of timothy hay in July and 300 tons of orchard grass in August, with each fire causing about $65,000 in damage.

The farmer, who has been targeted a total of three times, said he has insurance but reporting the blazes has been a nightmare. He didn’t want to be identified for fear he would be targeted again.

“How many of these do you turn in?” he said. “After a while, they probably won’t insure me.”

The latest fire was reported at 10 p.m. Friday.

“Fire crews were able to contain the fire to the haystack alone, but the haystack itself was a total loss,” said Shaena Dunn, a spokeswoman for Kootenai County Fire and Rescue. “The common ground that we are finding with these haystack fires is that there is no evidence of how they are being started, they are all at night.”

Kootenai County officials have no leads or suspects in the fires, but Fire Marshal Jeryl Archer said they are suspicious and remain under investigation.

“We’re trying to cross-reference cases and we’re working with the Department of Lands, but we have no evidence or suspects,” Archer said.

The Rathdrum Prairie Hay Growers Association is offering a $1,000 reward for information leading to an arrest. Members of the group said they have discussed what they can do to prevent future incidents but declined to elaborate.