On December 1, 2016, the Florida Supreme Court held in an insurance coverage case that “when independent perils converge and no single cause can be considered the sole or proximate cause, it is appropriate to apply the concurring cause doctrine.” This decision came on the heels of a recent district split in the state between Florida’s Second District Court of Appeal and Third District Court of Appeal. The split concerned which legal theory of recovery should apply when two or more perils converge to cause a loss, and at least one of the perils is excluded from coverage. The Third District, in Wallach v. Rosenberg, 527 So. 2d 1386 (Fla. 3d DCA 1988), applied the concurrent causation doctrine, which holds that insurance coverage may exist when there are concurrent causes of a loss and at least one cause is covered under the policy. In contrast, the Second District, in American Home Assurance Co. v. Sebo, 141 So. 3d 195 (Fla. 2d DCA 2013), the decision from which the appeal was taken to the Florida Supreme Court, directed application of the efficient proximate cause doctrine. This theory holds that when different perils contribute to a loss, the efficient cause — the one that set the other causes in motion — is the cause to which the loss is attributable. If that cause is covered under the policy, the insured is entitled to coverage for the entire loss. The Florida Supreme Court resolved this divergence of views in Sebo v. American Home Assurance Company, Case number SC14-897, in favor of the Third District’s reasoning and the concurrent cause doctrine.

In Sebo v. American Home Assurance Company, homeowner John Sebo suffered severe property damage, resulting in the ultimate loss of his home, after Hurricane Wilma struck the West Coast of Florida in October 2005. Sebo had purchased his then four-year-old home in Naples, Fla., in April of that same year. Sebo then obtained homeowner’s insurance from American Home Assurance Company (AHAC) and was issued a custom “all risks” policy providing $8,000,000 in coverage. Shortly after purchasing the home, Sebo’s property began experiencing significant water intrusion and related problems during rainstorms. It became clear that the house suffered from major design and construction defects. When Hurricane Wilma subsequently hit Naples, Sebo’s home was further damaged. The residence could not be repaired and was eventually demolished. When Sebo submitted his claim to AHAC, the company denied coverage for any damage other than mold damage. Sebo subsequently renewed his claim but that was denied as well.

The Florida Supreme Court, in reviewing the Second District’s decision and the diverging theories, reiterated that “ambiguous exclusionary clauses are construed even more strictly against the insurer than coverage clauses,” and that in all-risk policies such as Sebo’s, the “construction is governed by the language of the exclusionary provisions.” The court then rejected the Second District’s decision and its reasoning and held that the concurrent cause doctrine applied.

The Second District, in remanding for application of the efficient proximate cause doctrine, had reasoned that “a covered peril can usually be found somewhere in the chain of causation, and to apply the concurrent causation analysis would effectively nullify all exclusions in an all-risk policy.” The court disagreed with this logic because AHAC had explicitly written other sections of Sebo’s policy to avoid applying the concurrent cause doctrine. Because the relevant exclusionary language did not explicitly avoid applying the doctrine, the court found that the plain language of the policy did not preclude recovery.

This is a policyholder friendly decision as it is not uncommon for multiple perils to combine and simultaneously cause properly damage. The decision frees policyholders from having to prove that the primary cause of a loss was a covered peril in circumstances involving unrelated causes of loss. While this decision provides policyholders some benefit when concurrent causes converge, the decision does not prohibit the application of the efficient proximate cause doctrine when the causes of loss are not concurrent; that is, when it is possible to trace the damage back through a chain of events and pinpoint a single cause that set the chain into motion.

Given that both the concurring cause and efficient proximate cause doctrines can still apply under Florida law when multiple causes contribute to a loss depending upon the facts giving rise to a particular claim, insurers handling claims in Florida will have to carefully evaluate the specific fact pattern giving rise to the loss to consider which causation doctrine should be applied and how. Furthermore, the court, while briefly mentioning that AHAC did not employ anti-concurrent cause language in the relevant exclusion, did not squarely address how the case would have been resolved if such language had been employed.

The resolution of this case in favor of policyholders should be an indicator to the insurance industry that they can expect to see an increase in claims, especially in the volatile environment of Florida where windstorms and similar occurrences are far from irregular. Policyholder and insurers alike will need to consider the implications this has on coverage of current contracts and how policies language will now be written moving forward in the wake of Sebo. Needless to say, as insurers adjust to this state of the law, similar coverage issues involving causation of loss will inevitably surface and the courts will have to address them at such time. 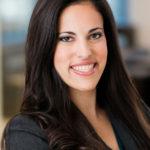