Many out-of-state motorists who have been busted by Georgia’s “super speeder” law don’t pay up, state auditors found.

Georgia’s super speeder statute was approved in 2009 and adds an extra $200 fine onto a ticket for anyone convicted of speeding at 75 mph or more on a two-lane road or at least 85 mph on larger highways.

Over the past four years, drivers have run up $10.5 million in past-due super speeder fines, auditors found. 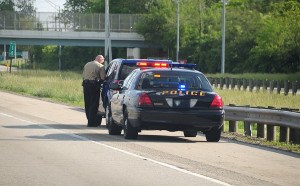 Collection efforts are limited to two letters and possible revocation of driver’s licenses, The Atlanta Journal-Constitution reports. The Georgia Department of Driver Services does not use private collection agencies or reporting to credit bureaus in its efforts to collect the fines, according to the audit.

However, about 75 percent of the accumulated debt is owed by out-of-state drivers, for whom a license suspension isn’t much of a threat since they don’t have a Georgia license anyway, the auditors found.

The original purpose of the law was to raise money for trauma medical care, something supporters said was particularly lacking in rural areas along the state’s busy interstates where bad wrecks often happen, the Atlanta newspaper reported.

Then-Gov. Sonny Perdue estimated the law would raise about $23 million a year.

The state estimates that it gets about $20 million from the extra fines, although the Department of Audits and Accounts report released in September put it at closer to $12 million.

The audit found that there are no uniform statewide collection policies and procedures, no requirement that agencies report how much they are owed and the chances of collecting it, limited sharing of data by agencies, limited use of private collection agencies, and inconsistent access to and use of standard debt collection tools.

“Compared to other states who have taken steps to improve debt management practices, we have numerous areas in which improvements can be made at the state and/or entity level,” the audit report states.