The Republican-led state Senate cleared a bill Monday to change legal protections when multiple parties are at fault in a lawsuit.

The proposal to scale back options under comparative fault lawsuits passed 24-9. It’s the second tort reform bill to clear both chambers in this year’s larger Republican legal reform push, which the GOP said will help businesses.

But the House of Delegates and Senate versions passed far from identical bills, as they’re required to do.

Currently, if a party can’t pay its share of damages and another party was deemed more than 30 percent responsible, the second entity may be required to cover all remaining damages. 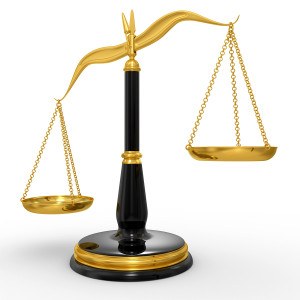 Republicans have said the law creates uncertainty for businesses that could unexpectedly have to pay more than their share. Some Democrats have countered that innocent victims should be able to get fully compensated, and a bankrupt company shouldn’t change that.

In the Senate proposal, other entities still could be forced to pay some extra damages when one party can’t pay its share of the bill. But the amount would depend on how much the entity was deemed at fault.

“We’re dealing with a situation which, by definition, must be unfair to somebody,” said Sen. Charles Trump, R-Morgan.

In the bill, there would be no recalculation of damages if a defendant’s fault is deemed to be less than a plaintiff’s, Trump said.

The proposal is scaled back compared to the changes passed by the House late last month.

The House version would require parties to pay only the percentage they are deemed at fault by a jury, in most cases.

Plaintiffs deemed 50 percent at fault would be able to recover some damages in the House bill. Currently, they would get nothing.

Some groups would still fall under the current legal protections: victims harmed by people driving under the influence; those hurt by someone who committed a crime; and people harmed by the illegal disposal of hazardous waste.

Also Monday, the House refused to agree with the Senate on a bill shielding property owners from lawsuits about open and obvious hazards on their grounds. Both chambers passed the bill with different provisions.

A handful of lawmakers will conference together to work out the kinks.