Effective subrogation requires a thorough understanding of some of the more confusing legal terms we must all work with. Matthiesen, Wickert & Lehrer, S.C. has compiled a list of the various laws in every state dealing with whether the state is a contributory negligence state (bars recovery with only 1 percent of fault by the plaintiff) or a comparative negligence state (recovery by plaintiff is reduced or prohibited based on the percentage of fault attributed to the plaintiff), and whether the state is a pure comparative or modified comparative state. It can be viewed by clicking HERE. It is useful in evaluating subrogation potential where there may be contributory negligence on the insured’s part. 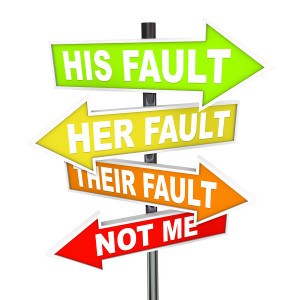 Please bear in mind that there are many exceptions within each state with regard to whether the particular fault allocation scheme applied in a state is applicable to a particular cause of action. Some states limit the application of the scheme to negligence claims, and avoid applying it to product liability cases, while other states have effective dates which may come into play and/or have rules which may modify the application of the particular scheme referenced. Understanding the comparative fault laws employed by the state you are subrogating in is essential to making informed decisions regarding the pursuit of subrogation claims.

Thirteen states recognize the Pure Comparative Fault Rule, which allows a damaged party to recover even if it is 99 percent at fault, although the recovery is reduced by the damaged party’s degree of fault. These states include Alaska, Arizona, California, Florida, Kentucky, Louisiana, Mississippi, Missouri, New Mexico, New York, Rhode Island, South Dakota, and Washington.

There are competing schools of thought in the 33 states that recognize the Modified Comparative Fault Rule.

Twelve states follow the 50 percent Bar Rule, meaning a damaged party cannot recover if it is 50 percent or more at fault, but if it is 49 percent or less at fault, it can recover, although its recovery is reduced by its degree of fault. States which adhere to the 50 percent Bar Rule within modified comparative fault include Arkansas, Colorado, Georgia, Idaho, Kansas, Maine, Nebraska, North Dakota, South Carolina, Tennessee, Utah, and West Virginia.

Twenty-one states follow the 51 percent Bar Rule under which a damaged party cannot recover if it is 51 percent or more at fault. However, the damaged party can recover if it is 50 percent or less at fault, but that recovery would be reduced by its degree of fault. The states which follow the 51 percent Bar Rule include Connecticut, Delaware, Hawaii, Illinois, Indiana, Iowa, Massachusetts, Michigan, Minnesota, Montana, Nevada, New Hampshire, New Jersey, Ohio, Oklahoma, Oregon, Pennsylvania, Texas, Vermont, Wisconsin, and Wyoming.

Let’s use Texas as an example to further understand these concepts. Texas, along with 32 other states, uses a Modified Comparative Fault Rule. If a person is injured in a car accident in Texas, he cannot recover damages from the other party if he is 51 percent or more at fault for the accident. By definition, comparative fault (which Texas officially calls “proportionate responsibility”) is just that: The defendant argues that he was not the only one who was careless and that the plaintiff shares some of the blame for his own injuries. In pure comparative fault jurisdictions, the plaintiff can recover even if he was 80 percent at fault, but would recover only 20 percent of his damages.

In cases involving comparative negligence, the jury determines the percentage of responsibility of each plaintiff, of each defendant, and of other responsible persons (e.g., employers in workers’ compensation subrogation third-party cases). After hearing the evidence, the jury will assign a percentage of responsibility to everyone involved. If the plaintiff is found to be less than 51 percent at fault for causing the accident, his recovery will be reduced by whatever percentage of fault he is found responsible for. For example, if plaintiff is awarded $100,000 in damages and was found to be 20 percent at fault, while two other defendants (Defendant A = 60 percent, Defendant B = 20 percent) are found to be 80 percent at fault in total, the plaintiff would be entitled to recover $80,000, but this begs the question of from whom plaintiff can collect the $80,000.

Tied to and somewhat complicating the concept of comparative fault is the notion of joint and several liability. Prior to 1995, Texas followed the traditional “Joint and Several Liability Rule”. This Rule made each tortfeasor/defendant liable for the entire amount of the plaintiff’s damages regardless of their relative degrees of fault or responsibility. The plaintiff could pick from whom he collected his $80,000. So, in the fact pattern above, the plaintiff would be able to recover his $80,000 damages from either defendant. This was true even if it was determined that the vehicle that hit them was only 20 percent responsible for the plaintiff’s damages; they would still be responsible for 100 percent of the damages.

In 1995, however, Texas made a change and now follows a rule some refer to as “Modified Joint and Several Liability”. This Rule says that a defendant is only responsible for the full amount of the plaintiff’s damages if they are found to be more than 50 percent responsible for the accident. Otherwise, they are only responsible for an amount equal to their percentage of fault. Under modified joint and several liability, a plaintiff is only able to recover his full amount of damages from the tortfeasor/defendant if the jury found him to be more than 50 percent responsible for the accident. So, in the example above, plaintiff could recover up to 20 percent of the $80,000 in damages from Defendant B, or choose to recover all $80,000 from Defendant A. In the case of the latter, Defendant A would look to Defendant B for contribution in the amount of $20,000 – the amount owed by Defendant B.

Each state has different comparative fault rules and different joint and several liability laws. Understanding each is critical to evaluating and pursuing subrogation cases on a national basis. Matthiesen, Wickert & Lehrer, S.C. has compiled a chart showing the source of these rules for all 51 jurisdictions, and it can be found HERE.