When Mallory and Zach Sinclair were looking for their first home, they swooned over a new townhouse in the Brandon subdivision of Whispering Oaks. With well-manicured lawns, it looked fresh and untouched, with streets bearing pastoral names like Spring Flowers and Summer Clouds.

But in January, when the young parents cracked open their closing papers, they noticed an alarming clause. Their home builder had quietly signed away the rights to the land beneath their home to its own energy company. It now had free rein deep below the surface to drill, mine or explore.

Selling underground mineral rights has long been big business in the oil- and gas-rich boomtowns of Texas, North Dakota and beyond. 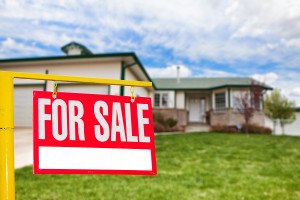 But homeowners here might be surprised to learn that they, too, could be part of the prospecting. A Tampa Bay Times analysis found that D.R. Horton, the nation’s largest home builder, has pocketed the rights beneath more than 2,500 Tampa Bay homesites, whether the homeowner realizes it or not.

“With the possibility of fracking, as stupid as it seems to do that in Florida, no one’s taking any chances,” Tampa land use attorney Pamela Jo Hatley said about builders.

D.R. Horton representatives did not respond to calls or emails. But the builder’s own words fill stacks of deeds filed since 2007 reserving the rights below homesites, including more than 400 in Tampa Bay this year.

The mineral-rights claims lie mostly below cookie-cutter homes and townhouses sprinkled across the Tampa suburbs, but affected homesites can also be found in every county across the bay area, and in cities from St. Petersburg to Spring Hill.

Signed over from the builder to its Texas-based subsidiary, DRH Energy, the deeds hand eternal rights to practically anything of value that it finds buried underground, including gold, groundwater and gemstones.

They also give the energy firm the right to explore, study, mine, drill, pump or install wellsites to access any and all treasures starting, depending on the deed, either 30 feet or 500 feet below ground.

Homeowners are protected from oil derricks or any other equipment in their front yard by a one-page “surface waiver,” though nothing prohibits a company from drilling horizontally from afar.

Not all homeowners are pleased to learn they’ve settled the biggest purchase of their lives on a potential drilling zone. Some worry underground meddling could lead to contamination, industrial noise or home-destroying sinkholes. Others just want to earn a cut of any drilling profits themselves.

But some home buyers said they don’t even remember hearing of the underground deal. Mark McDonald, who bought a $150,000 townhome this year in FishHawk Ranch in eastern Hillsborough, said he remembers a thick stack of paperwork at closing but nothing about the mineral-rights deed.

“I’m surprised,” he said, when a Times reporter told him about the deed. “I didn’t expect that at all.”

A home buyer who learns the land is encumbered might decide to look somewhere else. And a homeowner who agrees to the deal could have problems selling to someone else. Banks, lenders and insurers have balked at giving mortgages or insurance coverage to homes where the underground rights belong to someone else or drilling is under way.

“It could screw up a deal if that were brought to the forefront,” said James Ruffolo, a Realtor with Charles Rutenberg Realty. “Buyers want the best deal possible, they want to own the home outright, and that could really rub people the wrong way.”

Florida law doesn’t demand that builders alert home buyers that they own the rights beneath their feet. Attorneys rarely attend closings. And though title-insurance policies and public county records can cast light on the deeds, Realtors say it’s all too easy to miss the fine print.

Buyers sometimes sign away their rights knowingly, too. They learn of the mineral-rights deed at closing time, after they’ve arranged a mortgage, prepared to move and daydreamed about their new kitchen. The deal is set up, some buyers said, in a way that makes it nearly impossible to say no.

Zach Sinclair, the Whispering Oaks homeowner, said he first saw the mineral-rights clause after signing nearly 70 pages of closing forms. A former property manager in Chicago, he said he knows well the strategy of slipping in bad news near the end of the stack.

When he asked a builder representative about it, he said, he was told it was “no big deal” but the form had to be signed.

“If I didn’t sign all those papers, the deal was off, and I had a waiting kid and a pregnant wife who wanted to kill me. I just had to do what I had to do and assume nothing bad was going to happen,” Sinclair said. “It was kind of weird, and unprofessional. But a lot of people probably went through on robot mode and just signed it.”

At a typical closing, a home buyer can expect the land is theirs down to the core. Most property law works off a Latin doctrine, “For whoever owns the soil, it is theirs up to heaven and down to hell.”

But everything has a price, and since the mining booms of more than a century ago, prospectors and “land men” have doled out big money for subsurface rights, a tactic dramatized in the movie There Will Be Blood. This works in the other direction, too: In places like Manhattan, millions of dollars are spent on “air rights” for high-rises, radio towers and other skyward growth.

Florida may not seem like an obvious choice for energy conglomerates looking to boost their supplies. But more than 150 oil wells are active statewide, with massive oil fields on both ends of the state filling more than 2ámillion barrels of crude last year. As oil prices have risen in recent years, incentives to drill have strengthened. In five years, environmental officials have approved 40 statewide oil drilling permits (and denied zero).

More refined technologies have also led drillers to expand their horizons. Horizontal drilling, in which long pipes can branch off sideways from a vertical well, has opened up long-hidden pools of fuel beneath residential neighborhoods. Hydrologists have pinpointed hot spots for natural-gas fracking in southwest Florida and the Panhandle that could prove to be gold mines. Energy companies paid more than $20ábillion last year in natural-gas royalties alone.

Though drilling in Florida is nothing new, the issue of energy prospectors’ invasions upon the suburbs has recently heated up. In August, protesters in Naples marched outside Gov. Rick Scott’s home and set up a model oil rig to criticize plans to drill about 1,000 feet from the nearest home, on the edge of a Florida panther refuge.

Critics have warned that fracking’s forceful bursts of water, sand and chemicals, which are used to free deeply embedded gas and oil, could poison or pollute soil, air and groundwater supplies. This year, Florida lawmakers attempted to demand that well operators tell the state which chemicals they use in their fracking fluids; the bill failed.

Debates over fracking’s explosive growth led homeowners in at least one state to fight back against mineral-rights snatching. Last year, after an outcry from homeowners and letters from the North Carolina Department of Justice, D.R. Horton told state officials it would stop stripping the drilling rights from property deeds and offered to give the rights back to homeowners.

But some say builders would rather chance a potential backlash than trade away a future payday.

“It’s a gamble,” said Mark Stewart, a professor at University of South Florida’s School of Geosciences. “It’s something you can reserve for yourself that might have some future value, and it costs you nothing.”