Alabama state Sen. Gerald Allen, R-Tuscaloosa, has pre-filed a bill for the 2014 legislative session requiring drivers to give cyclists at least three feet of space in passing.

Allen told the Anniston Star drivers have shouted for him to get off the road or have thrown bottles at him during bike rides in the past.

“One of the last things my wife tells me every time I get on my bike is, ‘Please be careful,”‘ he said. 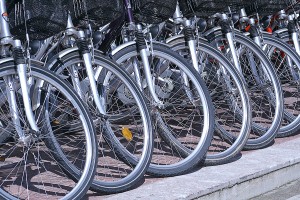 Many drivers are likely unaware cyclists have the same rights under state law to occupy the road as drivers do, he said.

Members of the local cycling community, including Mike Poe of the Northeast Alabama Bicycle Association, say they support the bill.

Stan Palla, executive director of AlaBike – a statewide advocacy group for bicyclists – told the newspaper the bill could help further legitimize cycling in the state.

“We have a legal right to be on the road,” he said. “When somebody does get hurt, this gives them the opportunity to say, `You can’t just say you didn’t see me.”

The newspaper reports 23 others states – including every state that borders Alabama – have similar laws. Allen has filed a similar bill twice before in the state Senate and said they got lost in gridlock over budget matters and other issues.

Those who support the bill acknowledge that it may be hard to enforce.

A study found that a three-foot law in Minnesota only resulted in about three citations per year statewide. Florida police have started citing drivers in sting operations, but those citations are typically issued after a car-bike crash.

“But it’s a valuable tool for educating drivers about how to share the road,” said Charles Brown, a researcher at the Alan M. Voorhees Transportation Center at Rutgers.