South Carolina law officers who experience mental trauma after killing someone in the line of duty aren’t entitled to workers’ compensation, according to a ruling released Wednesday by the state’s Supreme Court. 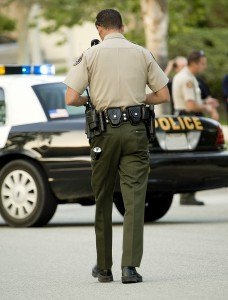 In a 3-2 decision, the justices ruled that current law doesn’t cover mental health benefits for such officers because they are trained in the use of deadly force and know that they may have to use it. The way the statute is written, only officers who experience mental stress from “extraordinary and unusual” job conditions are eligible for benefits, the court concluded.

In 2009, Spartanburg County deputy sheriff Brandon Bentley killed a man who he said threatened to take his gun and kill him. Afterward, Bentley said he suffered from anxiety and depression, and doctors said he was too stressed to continue his work as a deputy.

Bentley applied for workers’ compensation benefits but was denied, with commissioners noting deputies get training in deadly force and know they might have to use it. Sheriff Chuck Wright testified during a hearing that his deputies were trained to know that situations might arise in which they would be forced to shoot and kill someone.

“The use of deadly force is within the normal scope and duties of a Spartanburg County deputy sheriff,” the court wrote.

But the justices also said state law should be amended to eliminate a requirement that workers who suffer mental trauma in other types of jobs must also experience “unusual and extraordinary” circumstances to qualify for compensation.

South Carolina would not be alone if it decided to broaden its laws on eligibility for mental health workers’ compensation, the court noted, citing at least five other states that it said do not require such circumstances.

In a dissenting opinion, Justice Kaye Hearn said she supported broadening the law, but also would have granted Bentley coverage.

“I would hold that Deputy Bentley’s mental injuries … are compensable because while shooting and killing a suspect in the line of duty may have been something he was trained to do, it was clearly an unusual and extraordinary part of his job as a law enforcement officer,” she said.

Bentley’s attorney didn’t immediately return a telephone call from The Associated Press. Wright, who has been a law officer for more than two decades, said workers’ compensation should continue to be considered on a case-by-case basis.