Hattiesburg, Miss., nightclub and bar owners say many smaller nightspots would be put out of business by a proposal to require on-site parking lots and at least three guards at every bar.

Ben Shemper, owner of Benny’s Boom Boom Room in downtown Hattiesburg, said the ordinance is aimed at one club where there have been several shootings over the past couple of years.

The ordinance would require two onsite parking places for every five occupants and at least three private security guards – at least two in the parking lot and at least one indoor guard with a hand metal detector for every 75 patrons. 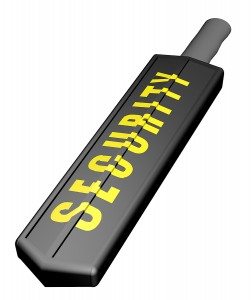 “Everything is fine; nothing needs to be fixed,” said Shemper. “Why let one bad apple ruin it for everyone else?”

Shemper was speaking about Remington’s Hunt Club, where several shootings in the past couple of years have convinced city leaders it’s time to try and address what they saw as a problem spiraling out of control.

“It just kind of went a little overboard,” Mitch Brown, owner of Brownstone’s and The Bottling Company in downtown Hattiesburg, said about the proposed regulations. “There’s just no way to operate under the ordinance as it is written.”

According to the current draft, nightclubs are defined as any establishment that serves alcohol and/or beer and provides entertainment activities through any of the following: “amplified music, whether live or programmed, dancing, table games and/or video games.”

“The definition of a nightclub is way too broad and includes everyone in the restaurant industry,” John Neal, owner of Keg and Barrel, said. “The vast majority of establishments that would be affected by this proposal make Hattiesburg a better place to live.”

Bar owners would have to install recordable security cameras inside clubs and outside in parking lots. Those cameras, and the footage, also would be subject to inspection by the city at any time.

Nightclubs also would have to provide one approved parking space for every two and a half occupants and all parking spaces would have to be onsite. The parking stipulations in the ordinance would supersede any already spelled out in the city’s land development code.

Owners would be prohibited from offering free or reduced-price alcohol or beer – except “two for one” specials – after 9 p.m.

“This proposal is anti-business, anti-democratic and I’m embarrassed my city is even considering it,” Neal said.

States at Disadvantage in Race to Recruit Cybersecurity Pros