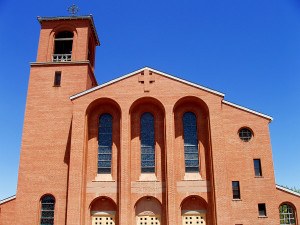 Florida churches are having to seek insurance elsewhere after one of the state’s provider of coverage to houses of worship has decided to leave the market.

State Farm Florida recently announced it will exit the church market, a move that leaves hundreds of churches throughout the state seeking coverage, some for the first time in years.

State Farm spokesperson Michael Grimes said the decision to discontinue the church line of business is part of strategy to concentrate on its half-a-million policy homeowners book of business.

“To remain in Florida and serve as many homeowners as possible, we’ve had to gradually reduce our exposure in the state,” said Grimes.

Grimes said even before the current decision to leave the market, the insurer’s marketshare when it came to churches had been dwindling over the past several years. State Farm, which provided churches with liability and property coverage, would not say how many churches are affected, but some agents estimated it could be up to 500 in north Florida alone.

To obtain so-called “abuse and molestation” coverage, churches must show they perform background checks on employees and volunteers. Additionally, insurers may require that the schools and day care centers have in place rules such as not allowing males employees to be alone with a child and maintaining a certain ratio of teachers to students.

“To get coverage, the churches are going to have to prove they have those procedures in place,” said Carlucci.

Some churches may also have to obtain a separate policy rider to cover such items as religious icons and stained glass windows.

Churches are also facing the prospect of having to pay more out-of-pocket when it comes to wind coverage. State Farm Florida had only one deductible when it came to property damage, whereas most insurers have a separate deductible for wind damage.

“They are looking at a two percent, maybe five percent deductible on wind if they are lucky,” said Carlucci. “It the church is valued at $4 million that is a lot of money.”

The churches being non-renewed by State Farm Florida should be able to secure private coverage. There are several private insurers including Church Mutual Insurance Co. and Guide One Insurance Co. that insurer churches.