Hurricane Harvey is the strongest hurricane to hit the Texas coast in over 55 years. Like all hurricanes, in some locations Harvey produced strong winds causing wind uplift and projectile property damage. Such damage was widespread in the Rockport area. But in other locations, particularly Houston, Harvey brought only moderate winds and an unprecedented amount of heavy rainfall. Early indications are that the majority of the devastation in the Houston area will have been caused solely by the unprecedented flood waters resulting from the heavy rainfall.

Wind damage is covered by the typical property insurance policy.

Flood and surface water damage is typically excluded (or sub-limited) in a standard property insurance policy.

So here is where things get interesting. What about situations where damage to a property results from both wind and flood. How will property insurance policies respond to this kind of event?

As an initial matter, the first step an insurer, adjuster, and insured should always take is to review the insurance policy. Particular language may apply differently under different factual circumstances. And while insurance policies often have similar provisions, slight differences in policy wording can mean a world of difference in the coverage provided. Below is a general discussion of Texas law and practical advice for investigating and evaluating claims when the covered peril of wind and excluded peril of flood combine to cause property damage.

What is the Concurrent Causation Doctrine?

Texas courts have addressed how insurance policies respond when two perils – one covered and one excluded – combine to cause a loss. Specifically, Texas courts follow the doctrine of concurrent causation, which provides that when “covered and non-covered perils combine to create a loss, the insured is entitled to recover only that portion of the damage caused solely by the covered peril(s).” Wallis v. United Services Auto. Ass’n, 2 S.W.3d 330, 303 (Tex. App.—San Antonio 1999, pet. denied). See also Travelers Indemnity Co. v. McKillip, 469 S.W.2d 160, 162 (Tex.1971). This doctrine is not an avoidance of coverage or an affirmative defense. Rather, it is a rule that embodies the basic principle that insureds are only entitled to recover that which is covered under their policies.

Because the doctrine of concurrent causation limits an insured’s recovery to the amount of damage caused solely by the covered peril, “the burden of segregating the damage attributable solely to the covered event is a coverage issue for which the insured carries the burden of proof.” Wallis, 2 S.W.3d at 303 (emphasis added). Texas courts recognize that an insured must do more than simply show some damage was caused by a covered peril. The insured must both (1) show that a covered cause of loss caused damage to the insured’s property; and (2) provide some evidence to indicate the extent to which the covered damage injured the property. More particularly, if the case goes to trial, and covered and excluded perils combine to cause an injury, the insured bears the burden to present some evidence affording the jury a reasonable basis on which to allocate the damage. Lyons v. Millers Cas. Ins. Co. of Texas, 866 S.W.2d 597, 601 (Tex. 1993). See also Hamilton Props. v. Am. Ins. Co., No. 3:12-CV-5046-B, 2014 WL 3055801 (N.D. Tex. July 7, 2014) (granting summary judgment in favor of the insurer because the insured could not, as a matter of law, meet its burden to segregate property damage caused by covered and excluded perils). In applying this rule, the Texas Supreme Court has recognized that circumstantial evidence, as opposed to expert conclusions, may constitute some evidence of the extent of damage attributable solely to a covered cause of loss. See also One Way Investments, Inc. v. Century Surety Co., 2016 WL 5122124, Civ. A. No. 3:14-CV-2839 (N.D. Tex. Sept. 21, 2016) (granting summary judgment because the insured failed to provide any evidence that would enable a reasonable jury to estimate or allocate the amount of damage or the proportionate part of damage caused by a covered cause of loss).

We will not pay for loss or damage caused directly or indirectly by any of the following. Such loss or damage is excluded regardless of any other cause or event that contributes concurrently or in any sequence to the loss.

Texas courts enforce the plain language of ACC Clauses. See e.g. Wong v. Monticello Ins. Co., No. 04-02-00142-CV, 2003 WL 1522938 (Tex. App.—San Antonio, March 26, 2003, pet. denied). In fact, the Texas Supreme Court recently analyzed an ACC Clause in the context of a Hurricane Ike loss. JAW The Pointe, LLC v. Lexington Insurance Co., 460 S.W.3d 597 (Tex. 2015). The Court recognized the case law developed by the Fifth Circuit concerning ACC Clauses in the context of covered wind and excluded flood damage and determined, under Texas law, that “the anti-concurrent-causation clause and the exclusion for losses caused by flood, ‘read together, exclude from coverage any damage caused by a combination of wind and water.'” Id. at 608 (emphasis added). Ultimately, the court agreed with the Fifth Circuit that “the only species covered under a policy with anti-concurrent-causation clause is damage caused exclusively by wind. But when wind and water synergistically cause the same damage, such damage is excluded.” Id. (emphasis in original, citations omitted).

Importantly, the Texas Supreme Court determined that a policy’s ACC Clause will trump Texas’s concurrent causation default law. An ACC Clause typically contains the language, “directly or indirectly” and regardless of whether a covered peril contributes “concurrently or in any sequence” to the loss. The Court determined that, under this language, if the covered wind damage and the excluded flood damage contributed to cause the claimed damage, then the policy excludes coverage. Id. at 608.

The practical effect of an ACC Clause is to take the guess-work out of whether wind or water caused more damage and when that damage occurred. If a policy has an ACC Clause, and if an excluded cause of loss such as flood directly or indirectly caused claimed damage, that loss or damage is excluded, regardless of when that damage occurred. However, the ACC clause will only apply when the excluded and covered perils combine to cause the same damage – i.e., an “indivisible” loss.

From a practical standpoint, how can insurance adjusters in the field and other claims professionals address wind vs. flood issues? The cases discussed above reflect the burdens of proof once litigation has commenced. While the vast majority of claims are resolved amicably, without court intervention, the law concerning concurrent causation and ACC clauses can provide valuable guidance to adjusters and insurers in investigating and analyzing claims. Here are some practical thoughts to consider when addressing Hurricane Harvey claims that may have both covered and excluded causes of loss.

1. First, and most importantly, read the policy before determining coverage.

Know the coverages, limitations, exclusions and any other provisions that may affect the insured’s claim. This includes identifying whether the policy provides coverage for flood or other water damage.

This process also includes identifying any provisions addressing deductibles, sub-limits, timing of claims, and number of occurrences (including 72-hour clauses or analogous provisions). For example, Hurricane Harvey has some unique attributes wherein the hurricane force winds and rain were present for a day, seemed to dissipate, then tornadoes appeared and caused additional damage. Knowing what the policy says at the outset will help adjusters with their initial assessment of loss and the extent of coverage.

2. Identify the cause(s) of damage.

Next, adjusters should look for all discernible storm-caused property damage, without pre-conceived notions as to cause. For example, simply because a property is located in an area that received flooding, it does not necessarily follow that the insured property was damaged by flood (or that all claimed damage is flood-related). The adjuster should still conduct a reasonable investigation of the claim, including extensively documenting the damage with photographs and video, discussions with the property owner, and review of available storm data.

Flood damage typically reveals itself by water-lines left on walls and personal property (a useful indicator but not necessarily the end of the story). Wind damage may be evidenced by impacts from flying debris, lifted shingles, broken windows, and water damage in areas above flood lines. In many policies, a “storm related opening” is required. Whether such an opening exists should be fully documented. Finally, where possible, adjusters should make reasonable efforts to estimate the cost to repair the covered (wind) damage and, if flood is covered and/or sub-limited, measure the flood damage.

3. If the policy does contain potentially applicable exclusions, look for an ACC Clause.

If a policy excludes flood, that policy will also typically contain an ACC Clause. ACC Clauses can mitigate questions of concurrent and sequential causes of damage to property in specific circumstances. For example, if property sustains indivisible damage from both wind and flood (i.e., damage that cannot be separately apportioned) then the ACC clause will likely apply. In that circumstance, whether the flood damaged portion of the property may have first been damaged by wind may become irrelevant. Whether wind and flood damage is indivisible may, however, be subject to dispute. Accordingly, all damage will need to be well-documented.

4. Just because the insured bears the burden to allocate between covered and excluded causes of loss does not mean the insurer should skip that step.

In Texas, the insured ultimately must provide the insurer with information sufficient to allocate between covered and uncovered damage. The insurer’s obligation is to conduct a reasonable investigation. As a practical matter, the adjuster should always look for and document evidence to independently allocate damage, if possible. Not only will this assist in discussions with the insured – by providing the insured with concrete evidence and support for the insurer’s position – should the matter lead to litigation, it is in the insurer’s best interest to have this information readily available, both to demonstrate that a reasonable investigation was conducted and to support any resulting claim decision

How an adjuster allocates damage will vary of course based on the facts of each claim. Experts may sometimes be needed to assist in assessing the difference between covered and excluded damage. But in a catastrophe, those expert resources may not be immediately available. The adjuster should keep good records of all the damage observed, including detailed photographs and video – particularly of those areas that specifically evidence wind or flood damage.

At the end of the day, the best tools in an adjuster’s arsenal for allocation and segregation of damage are common sense, documentation and organization.

5. Create a consistent strategy to respond to damage claims

Finally, catastrophes of this magnitude often present significant legal and coverage issues that do not appear in “run of the mill” claims. It is helpful for insurers and adjusters to have a cohesive and consistent strategy to respond to the legal issues that arise in catastrophic claims, and to avoid inconsistent adjustment practices or application of policy provisions across claims. 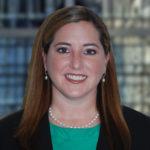 Shannon O’Malley is a Dallas-based partner with Zelle LLP