According to new data released by CoreLogic, the 2016 hail season is already one of the most severe in Texas history, with year-to-date results reaching the nine-year average for U.S. hail storm damage. Estimated losses in Fort Worth, Plano, Wylie and San Antonio totaled $689.6 million. Below is a summary highlight of the hail size, number and percentage of properties* affected by hail damage and the total estimated losses for these spring hail events. 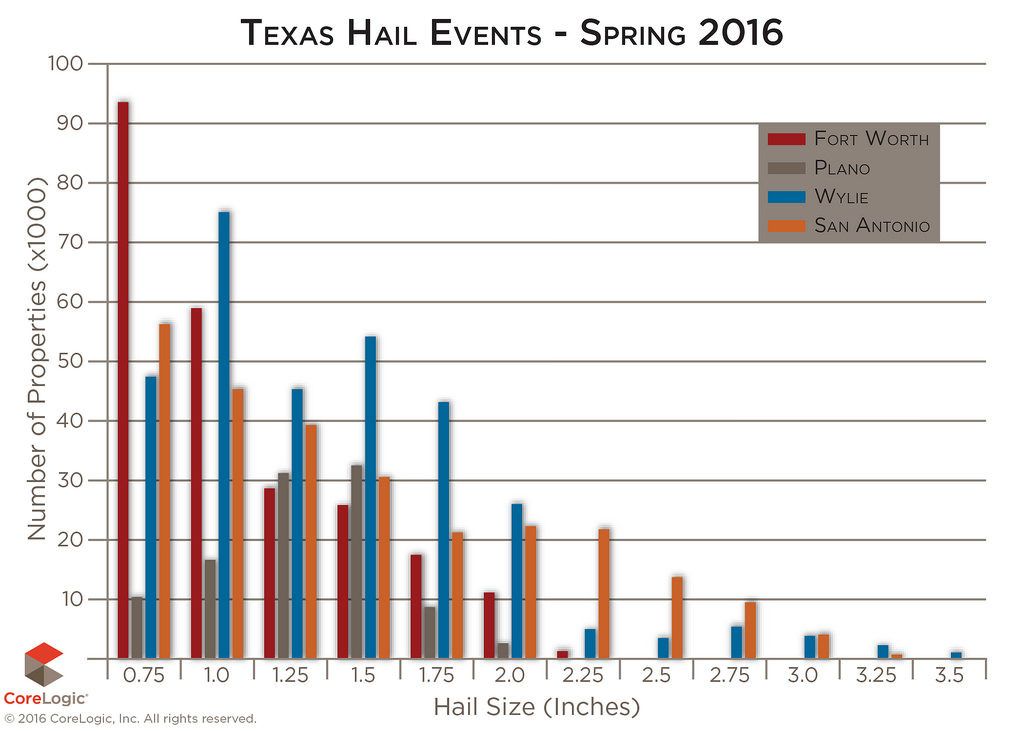 The Fort Worth, Texas, hail storm on March 17 resulted in hail that reached almost 2.25 inches in diameter. Estimated residential losses total between $60-80 million, according to CoreLogic figures.

On March 23, Plano, Texas, experienced a hail storm that resulted in hail up to two inches in diameter and estimated residential losses of $25-40 million.

Another hail storm on April 11, caused considerable damage in Wylie, Texas. Hail up to 3.5 inches in diameter was spotted in parts of the town and estimated residential damages range between $220-280 million.