Legal battles arising from the 2010 Gulf of Mexico oil spill play out in two federal courtrooms in New Orleans this coming week.

On Monday, trial resumes in a federal district courtroom where BP and a minority partner in its ill-fated Macondo well are trying to fend off billions in Clean Water Act penalties. 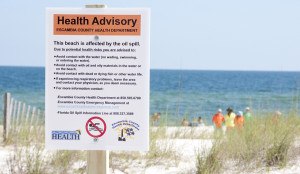 On Tuesday, federal appeals court judges hear an appeal in which BP seeks the ouster of the man overseeing payments to businesses claiming harm from the spill.

The district court trial is entering its third week. U.S. District Judge Carl Barbier has been hearing from dueling experts – witnesses called by each side as the Justice Department presses for a penalty for BP at or near a $13.7 billion maximum. Government witnesses have cited evidence of real and potential harm to environment and to coastal communities’ economies and social fabric.

BP witnesses have painted a picture of a robust spill response and strong recovery from the spill. They disputed government witnesses’ findings as BP lawyers argue that the government has ignored some of its own data n pressing for the high fine. The maximum $13.7 billion figure would be arrived at if the judge applies the highest per-barrel fine of $4,300 to the amount of oil that polluted the gulf. In a ruling earlier this month Barbier declared that 3.19 million barrels of oil was discharged, roughly midway between BP’s lower estimate and a higher government estimate that could have pushed possible penalties to about $18 billion.

On Monday, Anadarko, a minority partner in the well where the Deepwater Horizon rig exploded, is expected to present its case against a penalty that the government has suggested should exceed $1 billion. Anadarko lawyers have argued that the company should be spared any significant penalty because it was an investor but not an operator in the well and because the court already has said it was not culpable in the disaster.

The trial is expected to end this week but a quick ruling from Barbier isn’t expected because a schedule for filing post-trial documents continues into April.

While that trial plays out, a three-judge panel of the 5th U.S. Circuit Court of Appeals will consider BP’s arguments that Patrick Juneau, administrator of claims arising from a settlement BP reached with businesses claiming economic harm from the 2010 spill.

The settlement was reached in 2012 and was once heralded by all involved. BP, however, has since argued that Juneau has misinterpreted the settlement. In December, the U.S. Supreme Court rejected the oil giant’s fight against the settlement.

Meanwhile, BP has been seeking Juneau’s ouster, arguing not only that the settlement terms have been misinterpreted, but also accusing Juneau of “gross mismanagement” and a conflict of interest that he didn’t disclose when he was appointed to administer settlement claims: that Juneau “actively advocated against BP’s interests and litigated against BP in this very case as part of his work for the state of Louisiana in 2010 and 2011,” according to a statement from BP spokesman Geoff Morrell last month.

Barbier flatly rejected BP’s arguments in November, leading the corporation to head to the 5th U.S. Circuit Court of Appeals, where a three-judge panel will hear arguments Tuesday.

The penalty trial and appeals court case are two among many lingering legal cases arising from the April 20, 2010, explosion of the Deepwater Horizon, which killed 11 workers and sent oil spewing into the gulf for 87 days.