The medical benefits portion of BP Plc’s settlement over the 2010 Gulf of Mexico oil spill is “substantively unfair” and approval of the accord should be reversed, lawyers opposing the agreement told an appeals court.

The settlement, reached last year as part of a resolution of most private-party claims, provides compensation for possible physical injuries related to the spill or the cleanup. It also requires medical monitoring of possible effects from the exposure.

After U.S. District Judge Carl Barbier in New Orleans gave final approval to the accord in January, multiple plaintiffs appealed, contending it severely limits payments to victims with substantial injuries and such claims can’t be resolved as a class, or group, action.

Legal requirements for class actions “preclude certification of this diffuse and disparate class that includes members who have manifested injury, will later manifest injury and will never manifest injury,” lawyers for the objectors said in a filing with the U.S. Court of Appeals in New Orleans today. The settlement is “substantively unfair and troubling.”

Barbier found no merit in the objections when he granted final approval Jan. 11.

Without this settlement, “plaintiffs face significant further expenses in time, money, and resources — with no assurance of recovery,” the judge wrote in his 91-page decision. Barbier certified a class for the purposes of the settlement.

Barbier in December approved the economic loss and property damage portion of the settlement, which resolved most private plaintiffs’ claims related to the explosion of the Deepwater Horizon oil rig and subsequent spill. That approval has also been appealed. 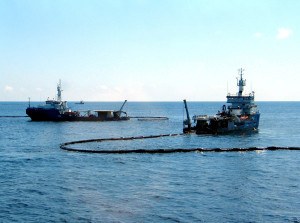 The blowout and explosion aboard the Deepwater Horizon drilling rig in April 2010 killed 11 workers and sent millions of barrels of crude leaking into the gulf. The accident prompted hundreds of lawsuits against BP; Transocean Ltd., the Vernier, Switzerland-based owner and operator of the rig; and Halliburton Co., which provided cementing services.

BP’s proposed partial settlement of private claims from the largest offshore oil spill in U.S. history was reached in March 2012, days before a trial on liability for the spill was set to begin. The settlement didn’t cover suits brought by the U.S. government and the states of Alabama and Louisiana, or plaintiffs’ claims against co-defendants.

The medical benefits settlement resolves the claims of clean-up workers and residents of certain Gulf Coast beachfront and wetlands areas who contend they sustained personal injuries related to exposure to oil spilled or to chemical dispersants used during the clean-up efforts, according to court papers.

The agreement provides for medical monitoring of possible effects from the exposure, as well as “preservation of class members’ rights to sue BP for compensatory damages for physical conditions that manifest at a later date,” the company said in an August filing seeking approval of the pact.

The settlement underpays certain claims and treats all injuries as substantially the same, lawyers objecting to the agreement said in their filing today. The requirements for class actions don’t allow for such treatment of personal injury claims, they said.

The appeal is In Re: Deepwater Horizon — Appeals of the Medical Benefits Class Action, 13-30221, U.S. Circuit Court of Appeals for the Fifth Circuit (New Orleans). The lower court case is In re Oil Spill by the Oil Rig Deepwater Horizon in the Gulf of Mexico on April 20, 2010, MDL-2179, U.S. District Court, Eastern District of Louisiana (New Orleans).