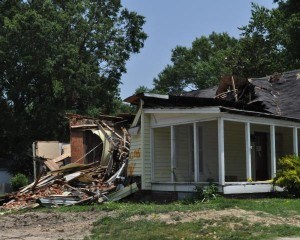 Stormy, windy weather slammed more Allstate insured homes in Hardin County than any other part of Texas over the past five years.

Allstate tallied the top 20 stormiest counties in the state by looking at the areas with the highest frequencies of wind, hail and lightning related homeowner property damage claims from 2006 through 2010.

While the two stormiest counties on the list are in Southeast Texas, which reflects the impact of Hurricanes Rita and Ike, other chart toppers cover diverse parts of the state—north to south, east to west.

Texas has exposure to nine different types of natural disasters—the most among any state in the country—including hurricanes, tornadoes and wildfires, like those that continue to devastate many Texas counties.

Texas has also ranked among the top five for states with the most catastrophe losses over the past five years, according to the Insurance Information Institute.

To collect the data, Allstate measured the frequency of hail, wind and lightning homeowner property claims over a five year period (2006-2010) in 58 Texas counties which all had at least 1,000 Allstate policies in 2010.