Only a couple of years ago most property claim inspections took at least a week, says Joshua Cruce, the newly promoted chief strategy officer for Brush Country Claims.

Adjusters often spent four days out in the field inspecting damage and taking measurements. No report would be written until the adjuster got to his desk. Anxious customers would just have to wait.

Now, Brush Country is boasting on its website that claims filed by customers who use its Hybrid Desk Adjusting Program are closed in an average of 68 hours. The system includes a smart phone app — designed in house — that policyholders can use to share photos of damage and a claims management system that allows them to keep track of the status and the steps that lay ahead.

When a field inspector arrives on scene, measurements are taken using Hover — a smartphone app that extrapolates the exact measurements of a structure from a series of photographs. The adjuster writes a narrative while on site and transmits data to the claims management system, which automatically pre-fills data fields.

“The days of waiting patiently for an outcome are over,” said Cruce, who works out of Brush Country’s Raleigh, N.C. office. “It allows us, from the desk, to document our file with great accuracy.”

The close of 2020 arrives during a pandemic and amid public health measures that have drastically accelerated the adoption of digital technology in the claims field. Cruce said that movement will continue into 2021, with increased use of drones and other technology to produce high-resolution imagery.

Hover is allowing Brush Country to take digital measurements of exteriors for complex claims. Cruce said now he’s got his eye on a 360-degree imaging device developed by Matterport that allows claims professionals to get a high-detail assessment of building interiors.

“I think 2021 is a year that is meant to solidify some of these budding technologies,” Cruce said.

Consumers are becoming accustomed to data being readily available. Insurance claims professionals share with consumers a keen interest in detailed information about high-value properties, which is why some of the innovations being used by claims professionals are also serving real estate agents.

Many of the advertisements for homes listed on the National Association of Realtor’s realtor.com website include imagery created by Matterport. By clicking a graphic labeled “virtual tour” consumers can virtually step inside a home and the cursor to move from point to point within a home’s interior.

That’s not the only innovation that Realtors share with claims professionals. Since June, advertisements on the realtor.com website have included a flood risk assessment created by First Street Foundation, a nonprofit organization based in Brooklyn, N.Y. that’s dedicated to increasing public awareness of flood risks.

“The more granular the model, the more consumers gain a true understanding of their specific risk, and how to protect against it,” Lopes said in an email.

Some think they can do better.

Earlier this month the company — which has a headquarters in Oakland, Calif. and a laboratory in Montreal, Canada — launched a three-dimensional risk assessment tool that uses artificial intelligence to analyze high-resolution imagery to more precisely measure risk at an individual property level.

Toth said during a telephone interview that his company is now working on a flood-risk model that will employ its “high-fidelity” property data to produce a flood risk model with resolution 10,000 times better than existing models.

“No one has a granular model like we do for floodplain,” he said.

Toth said First Street makes valuable data available through is Flood Factor scores, but they don’t tell the whole story because they are based on ground elevation. Structures that are elevated on stilts or block walls are scored the same as buildings at ground level. To get the best insurance rate, customers still need to buy an elevation certificate that costs several hundred dollars, he said.

Toth said Zesty.ai can detect changes in slope on a property with a resolution of one meter. For the condition of roofs, the resolution is down to two or three inches of 75% of US properties and one foot of resolution for 100%.

Toth said the movement toward more detailed data will allow claims professionals to more quickly react after natural catastrophes because the artificial-intelligence enriched risk models will predict which properties are damaged within a few hours. Claims organizations that can triage quickly will save time by getting adjusters quickly to exactly where they need to be.

Insurtechs that know how to make data useful to insurers have grown by leaps and bounds.

Public records show that Zesty.ai was created as a business entity in Delaware in 2015. It described its business then as “clean energy analytics.”

Evidently, the company’s direction took a turn. In December 2018 Zesty.ai registered as a foreign corporation in California. That same month, the company, describing itself as an “artificial intelligence insurtech,” announced that it received $13 million from investors in a Series A funding. Toth said his company now serves half of the top 100 US property and casualty insurers and brokerages.

Cambridge Mobile Telematics followed a similar path after its launch in 2010. The company’s roots were sunk in 2004 when Massachusetts Institute of Technology professors Hari Balakrishnan and Sam Madden developed a mobile sensing system that collects and draws inferences from sensor data on mobile devices. CMT now describes itself as the world’s largest mobile telematics provider supporting 50 enterprise programs in 25 countries, with over 6.5 million users of its services. 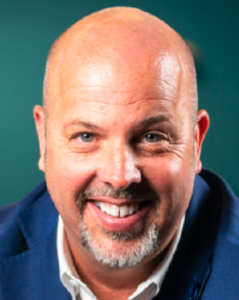 CMT co-founder and Chief Executive Officer Powers William Powers said during an interview that his company has been growing 5% month-to-month during the pandemic. In a time of social distancing and rapidly changing driving patterns, data from remote sensors is more important than ever to the insurance industry.

Early on, CMT was known as a data provider for usage-based auto insurance programs that set rates according driver behavior. It’s suite of products has expanded to include fleet-monitoring services and Claims Studio, which reconstructs accidents based on data from sensors in the vehicle and mobile devices.

Power said the data generated CMT will be even more useful as society transitions to autonomous vehicles. He said there will still be more human drivers than autonomous drivers, and humans will make far more mistakes. He said CMT can help local governments gain insight on managing any conflicts that arise.

Mitchell International, a San Diego-based claims administrator, was an early adapter of claims technology. In an essay posted online Dec. 15, Mitchell predicted that auto claims will continue to evolve toward the holy grail of straight-through processing,” where claims can travel from first notice of loss to payout without a touch by human hands.

Insurers will increasingly use traditional technology such as rules engines along with artificial intelligence, text mining and optical character recognition to automate claims process, Mitchell said. Human intervention will become more an exception than the rule.

Insurers that invest in technology to improve the claims process also need to invest in building a workforce with technical skills and cognitive talents, says McKinsey & Co., a global management consultant based in New York City.

McKinsey on July 6 posted an article on “transforming the talent model in the insurance industry.” The article said that 50% of the tasks now done by insurance claims professionals can be automated, and 35% of the tasks will require a significant change in scope over the next 10 years. Tasks that once required basic cognitive skills will require higher cognitive skills, social and emotional skills, or technology skills.

Andrew Fong, a partner in McKinsey’s Southern California office, said in an interview that not all claims tasks can be automated. Complicated claims, such as those involving bodily injury, will need human judgment. Even technology needs human judgment, he said. For example, systems that rely on machine learning have to be shown how to make correct decisions so they can apply those rules to situations that arise in the future.

“Machine learning is basically just copying what people do,” Fong said. “It takes a huge data set to do that.”

Fong said the temptation for insurers that invest in technology is to cut personnel to generate cost savings. He said that is a mistake because there is still a lot more work to be done that requires careful decision-making. Smart insurers that invest in technology while also retaining talented professionals will improve processes and gain an edge of the competition, he said.

“The ultimate goal is to open up the door for people in claims organizations to do other things,” Fong said. “There are a lot more things that you can do.”