States including Alabama, California, Georgia, Illinois, Louisiana, North Carolina and Tennessee provide statutory defenses where an employee’s own willful misconduct or intoxication may have caused the on-the-job injury. In all of these states, there an evidentiary threshold both parties must meet with respect to the alleged willful misconduct, intoxication and causation. Thus, long before defense counsel receives the file, the employer and claims adjuster must investigate and document evidence which may later establish these defenses. This article will offer best practices as to the “who,” “what,” “when,” “where,” “why” and “how” of investigation and documentation in cases of employee willful misconduct.

Why: Protecting employees and protecting the company.

The standard set out by Georgia’s Supreme Court is not far from that outlined by Tennessee’s Supreme Court in Nance v. State Industries, Inc. 33 S.W.3d 222 (Tenn. 2000) and Mitchell v. Fayetteville Public Utilities, 368. S.W. 3d 442 (Tenn. 2012). There, the affirmative defenses of willful misconduct, willful failure to use a safety device, and willful failure to follow a safety rule/instruction require the employer to establish 1) there was an applicable policy or rule; 2) the employer carried a bona fide, strict and continuous enforcement of the rule prior to the accident; (3) the employee had actual notice of the rule and the dangers involved in violating the rule; and (4) the employee willfully and intentionally violated the rule without a valid excuse for his violation of the rule.

This sampling of legal standards and definitions emphasizes the amount of evidence that must be gathered and documented in order prevail on a willful misconduct defense. What, then, are some best practices and strategies for investigating cases of potential willful misconduct?

Who: Everyone involved in the accident, in the vicinity of the accident or with first-hand information regarding the injury.

If intoxication is suspected, OSHA guidelines should be considered in addition to state statutes regarding intoxication defense. OSHA discourages employers from administering drug tests in a manner which could discourage or punish the reporting of work place injuries. Thus, blanket post-accident drug tests are not advised. Drug testing should only be administered when the nature of the accident or injury is likely to have been caused by the employee’s use of drugs or alcohol— for example, a fork lift collision between two employees but not a bee sting. Additionally, consider whether the intoxication of other parties—not just the injured worker—could have been a factor. If two fork lifts collided, it may be appropriate to drug test both drivers.

In addition to drug testing, an employer should also document any other evidence which might point to intoxication. Some employers use checklists to document the reasons for suspecting drug use and for administering a drug or alcohol test. The checklist might note slurred speech, glassy eyes, or any odors which suggest substance abuse. In the process of documenting these observations, an employer might speak with the employee’s supervisor and coworkers in order to obtain information about the employee’s history of substance abuse, etc.

If the injury involves a safety violation or other form of willful misconduct, witnesses are even more important. Interview and obtain written statements from supervisors who can attest to the existence and enforcement of a policy. Was there a weekly safety meeting? Was the rationale behind the safety policy and the dangers of ignoring the policy explained to the employee? Did anyone hear the employee receive, and possibly reject, specific safety instructions? Here, the testimony of colleagues can be even more valuable than that of supervisors. While supervisors and management may have some self-interest in testifying that they enforced safety policies, it will be more persuasive to have a credible peer who confirms the employee knew of the policy and safety risks when the employee recklessly disregarded the policy.

In identifying the “who” we have already discussed some of the “what.” In addition to determining who may have firsthand knowledge, the employer’s claims adjuster will also want to determine what written or tangible evidence already exists.

What: Photographs, videos and documents.

If you are extremely lucky, the employer may have a perfectly placed security camera which captures the precise moment(s) when the employee was injured. Certainly, there is no evidence like footage the judge and jury can see for themselves. Employers should preserve all such footage and claims adjusters should immediately obtain and review a copy.

Often, there is no video footage. Employers can still secure photographs of the scene of the accident or injury. These may help recreate the scene and create a visual for the judge later down the road. For example, if it seems unlikely that the employee could have walked behind the forklift without seeing it or hearing it beep, it may be helpful to obtain photos of the unobstructed view or video with audio of the loud beeping the forklift makes when it is moving in reverse.

If there are any idioms that management-side employment attorneys repeat endlessly, they are “enforce the rules consistently” and “document, document, document.” By the time an accident has occurred, the employer should already have a copy of the employee handbook, the safety policy and any written safety warnings issued to employees such that it is simply a matter of compiling them for the claims adjuster and defense counsel.

The employee handbook should state the importance of safety, then identify a few major violations that are clearly prohibited — such as intoxication at work, failure to wear proper safety equipment, etc. The policy should be clear that such safety violations will result in disciplinary action and then the employer must consistently follow through with the forewarned disciplinary action. All disciplinary action should be documented with appropriate detail and in a timely manner. Discipline should occur contemporaneously with the infraction. Do not attempt to document employees’ files with six months of violations, all at once. Discipline should be for all parties who violate policies, regardless of whether an injury occurs. If safety violations are only documented and disciplined when an injury actually occurs, the disciplinary action may be considered retaliation for the reporting of the injury. Finally, the documentation should not just state that an employee violated a policy but elaborate as to exactly how the employee violated the policy and what safety risks are present as a result of the violation. Not only does this make the documentation more detailed, but it also provides another opportunity to demonstrate the injured employee was aware of the safety risks when he or she recklessly disregarded the safety policies at issue.

When: As soon as possible.

For the strongest intoxication defense, Georgia employers must show a blood alcohol content of .08 grams or greater within three hours of the alleged accident, the presence of marijuana or a controlled substance in the employee’s system within eight hours of the alleged accident. O.C.G.A. § 34-9-17. Other states, such as Illinois, Louisiana, North Carolina and Texas, simply state “at the time of injury” in the relevant Code section, and/or raise the issue of timeliness at trial. Thus, timely drug testing is essential.

Even if it is not possible to obtain a drug or alcohol screen immediately after the accident (perhaps due to the employee’s late reporting), employers should still require a drug screen for any injury that may have reasonably been caused by intoxication. A delayed but positive drug screen does not shift the burden of proof to the employee in the same way a timely drug screen would, but the results of the drug test may still be valuable evidence for the employer’s defense of the claim.

Likewise, as mentioned above, the sooner the employer can preserve security footage (before it is erased) and obtain witness statements (before people forget), the better.

Where: Where chain of custody can be preserved.

All evidence entered into the record must first be shown to be stored or preserved in a location and method that would prevent adulteration or altercation. Employers should be prepared to explain where policies are posted and where disciplinary actions are stored.

Even more importantly, the location of drug testing and the location of specimen storage must be considered when administering or ordering a drug test. Georgia’s Code, for example, spells out in great detail the rules governing chain of custody. O.C.G.A. § 34-9-415. The specimen must be collected, stored and transported in a manner which reasonably precludes specimen contamination or adulteration. Employers may conduct on-site drug testing but should document—and be prepared to testify as to—every person and even container that touched a sample. Medical providers and laboratories should also maintain proper chain of custody and provide a chain of custody package documenting every step of their testing process.

The above strategies, when combined, will allow the employer to maintain a safe workplace and protect their bottom lines with respect to potentially fraudulent workers’ compensation claims. The effort an employer puts in before an accident, as well as the investigation a claims adjuster conducts immediately after an accident, can make a defense counsel’s entire case down the road. When an employee receives adequate notice of a safety policy and its rationale, but unjustifiably disregards the policy and the risk of injury, there is little argument that the employee can make to show entitlement to workers’ compensation benefits. A prepared employer and a savvy claims adjuster can act quickly to investigate and gather information for a willful misconduct defense, and potentially save hundreds of thousands of dollars by denying the claim. 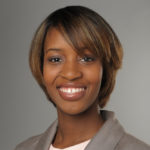 Crystal Stevens McElrath is a senior attorney in the Atlanta office of Swift, Currie, McGhee & Hiers, LLP, who focuses her practice in the areas of employment and workers’ compensation defense. She represents management in administrative, state and federal courts across Georgia. She frequently publishes papers and presents to employers, insurers and third-party administrators on the practical aspects of dealing with injured or disabled workers, leave laws and discrimination claims. McElrath may be reached at crystal.mcelrath@swiftcurrie.com.