While first party policies provide coverage for a particular occurrence, liability policies provide insurance for the risk that the insured will be found liable for the occurrence. With a first party claim, there will rarely be any uncertainty about whether there has been a loss, even if the full extent of the loss is not yet known. However, there may still be uncertainty about whether a particular event will give rise to liability claims or if the insured will be found liable. For that reason, some courts have refused to apply the known loss rule to third party liability claims. Yet, other courts have found that there is no valid reason for distinguishing between two types of policies with regard to the rule, which is based on the public policy that (1) insurance covers risks, not certainties, and (2) insureds should not benefit when they wrongly withhold material information from insurers in order to obtain insurance.

While it would seem clear that the known loss rule would apply to situations where an actual lawsuit has been filed prior to the inception of the policy, courts have not always agreed. For example, in Bartholomew v. Appalachian Ins. Co., the lawsuit for which the insured sought coverage had already been filed prior to the inception date of the insurance policy at issue; thus, the risk of “loss” to the insured was a “virtual certainty” by the time insurance was purchased. When the insurer subsequently sought to void coverage, the First Circuit applied the known loss rule and held that the policy did not provide coverage for the claims against the insured. On the other hand, in Stonehenge Engrg. Corp. v. Employers Ins. Of Wausau, the Fourth Circuit held that the filing of a lawsuit is insufficient to trigger application of the known loss rule unless the insured knows, before obtaining coverage, that entry of a judgment against it in the underlying lawsuit was “substantially certain” to occur.

The known loss rule may also come into play when an insured seeks to obtain coverage with a retroactive date. In a Wisconsin case, Am. Family Mut. Ins. Co. v. Bateman, the insured contacted her agent to obtain insurance coverage for her daughter’s car five days after it had been involved in an accident, requesting that coverage be issued retroactive to one day prior to the accident. Because it was certain that a claim would be made, the court held “there was simply no risk to insure with respect to that accident.”

Courts have also disagreed as to what level of knowledge is required on the part of the insured.

Following the Supreme Court of California’s decision in Montrose Chem. Corp. of Calif. v. Admiral Ins. Co., the standard commercial general liability policy was revised to exclude from coverage bodily injury or property damage that occurs “in whole or in part” before the policy begins, if known to the insured. There are few reported cases interpreting the exclusion, which has also been referred to as the “Montrose Endorsement,” but courts have required insurers to establish a close connection between the injury or damage known by the insured prior to the policy period and the injury or damage for which coverage is being sought. Although the known claim exclusion would appear to make the known loss doctrine irrelevant in some situations, the exclusion is not included in all liability policies.

The “Expected or Intended” Exclusion

Some courts have refused to apply the known loss doctrine based on the policy exclusion for an “expected or intended” injury, concluding that there is no need to adopt a new rule because the element of fortuity is sufficiently addressed by existing policy provisions. However, the exclusion focuses on whether the loss was accidental, while the “known loss” rule focuses on whether the insured knew of the loss at the time the policy was issued.

The Insurer’s Knowledge of the Loss

Some courts have held that the insurer may not use the known loss doctrine to defeat coverage if it also knew of the loss prior to the policy’s inception date. For example, claims may be disclosed through loss runs provided during the policy application or renewal process. Because the insurer had knowledge of the loss, yet agreed to issue coverage anyway, the insurer should not be permitted to assert a known loss defense if the insured later seeks coverage for a claim that was disclosed.

In addition to requesting loss runs, many applications ask the insured to disclose claims or potential claims. However, these questions are not always asked during the application process, particularly with personal lines policies where the underwriting is minimal. Because fortuity is central to insurance, the known loss doctrine allows the insurer to argue that it should not be required to provide insurance for an accident or claim that has already occurred – even though it may not have specifically addressed known losses in the policy or requested such information during the application process. And while it may not be practical to require disclosure of known losses across all lines of business, a request for retroactive coverage should always serve as a red flag. Before issuing a policy with a retroactive date, the insurer should inquire about known losses. 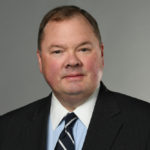 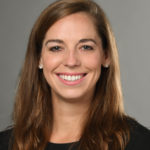 Eleanor G. Jolley is an associate in the firm’s general litigation section.