Last year represented a major inflection point for the use of drone-based aerial intelligence in the insurance industry. Hurricanes Harvey and Irma wrought tragic devastation upon communities and property in Texas and Florida.The two storms resulted in $265 billion in damage and at least 225 deaths. Nothing can compensate for these losses, but the insurance industry used new tools such as industrial drone technology and aerial intelligence to assist policyholders in assessing the destruction in order to facilitate accurate and rapid claims. 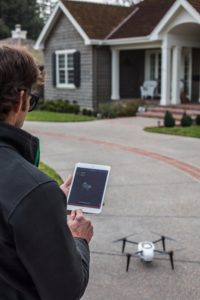 Drone-based aerial intelligence assisted nine national and regional insurers in providing the best service possible to their clients.These insurers used drones for 613 Harvey- and Irma-related missions designed to survey the storms’ aftermath and ensure policyholders quickly received the repairs they needed so they could get back into their homes and get on with their lives. On average, insurance companies using industrial drones went from inspecting three storm-damaged homes a day to three homes an hour.

“We believe our new drone program will help improve response time and safety for our claim representatives during their evaluations, and ensure Farmers maintains a leadership position in the insurance industry,” said Keith Daly, chief claims officer, Farmers Insurance.

After examining 2017 storm-related drone data and interviewing insurance employees, we concluded there are five critical takwaways and best practices insurance companies need to keep in mind going forward as they consider their responses to future catastrophes.

Pre-staging in advance of hurricanes is an established practice in the P&C insurance industry. However, drones represent a new aspect of pre-planning and pre-staging that many carriers had not previously included in their standard operations.

Another proactive priority is building drone pilot training and drone pre-staging near expected hurricane landfalls, together with catastrophe response teams. More and more, this is becoming a standard practice for insurance firms.

2. Understand the regulations
Best practice: Ensure your drone operators have permission to fly.

During catastrophes such as hurricanes, the FAA typically issues flight restrictions in disaster areas, “grounding” all drone flights. Harvey and Irma response teams both experienced this scenario, and FAA authorizations, known as waivers, were required to fly in these areas.

It is critical that insurance adjusters and inspectors not interfere with disaster response efforts, as unauthorized drone operations can prevent other aircraft from performing life-saving missions. Further, anyone violating these rules is subject to civil penalties and possible criminal prosecution, not to mention damage to one’s reputation.

It’s also important to understand Temporary Flight Restrictions (TFRs) and obtain waivers, in order to fly and inspect properties in a timely manner. In the two weeks after Harvey, the FAA granted 137 authorizations, while 132 were granted following Irma. As superstorms potentially increase in number and severity, this consideration takes on new urgency.

The good news is that the FAA is becoming much more nimble in granting authorizations. “The FAA’s ability to quickly authorize unmanned aircraft operations after both Irma and Harvey was especially critical,” said FAA Administrator Michael Huerta.

Climbing on roofs for inspection and measurement remains one of the most dangerous jobs in the country. The potential risk is substantial, and is even greater when responding to catastrophes where conditions are more dangerous, and there is greater pressure to complete inspections quickly.

Using a drone-based inspection solution can keep adjusters and inspectors out of harm’s way. This not only saves fatality and injury costs for insurance companies and independent adjusters, but more importantly ensures that employees stay safe, and can return home to their families after responding to catastrophes.

In particular, autonomous drones enable anyone to fly safely. These are drones that are pre-programmed by users to fly a specified space. This enables insurance carriers and independent adjusters to quickly scale their drone operations, as they don’t need skilled pilots using manual joysticks. Additional benefits are that operators minimize human error and the potential damage or costs from a drone crash.

Budget that is being spent on roof dimension reports, excess adjuster time and ladder assist is sizable and can be directly reduced through a drone solution. Insurers responding to Harvey and Irma with aerial intelligence programs were able to decrease roof claims costs by $200-$400 per claim — at least a 60 percent savings.

5. Faster claims processing equals faster rebuilds
Best practice: Improve the customer experience with drones and get people back in their homes sooner.

One of the biggest challenges for insurers is to provide a differentiated and superior experience to their customers. Nowhere is this more important than when it comes to resolving claims from customers affected by catastrophes like Harvey and Irma.

The response to these events has demonstrated that drone technology offers insurers a chance to greatly improve the customer experience by reducing claims cycle times by up to 80 percent, providing customers transparency into their claims estimation through software and analytics, and eliminating the need for adjusters to climb on the policyholder’s roof.

While all of these benefits are important, the ability to quickly resolve customer claims following events like Harvey and Irma allows for the ultimate customer experience — getting property owners back on track so they can go about their lives as normally as possible under the circumstances. 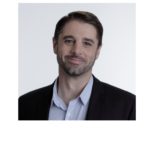 Nathan Stump is the director of Product Marketing at Kespry. Located in Menlo Park, Calif., he ensures the company’s insurance, aggregates, mining, and construction solutions align with industry requirements. Prior to joining Kespry, Stump held senior marketing and strategy roles at Aconex and Autodesk.