The last month of summer could bring a spike in motorcycle claims, according to American Modern Insurance Group.

The insurer reports that of the 60,400 motorcycles it insures, 570 were involved in crashes in August 2015 and 2016. Many motorcycle accident claims seen by the insurer are single bike accidents, according to Rick Drewry, a claims specialist for AMIG. He offered some reasons for the spike and explained why riders need to pay attention to road signs, speed and road conditions.

The spike, he said, could be due to more people on the road riding motorcycles as well as complacency on the part of other drivers, who typically see through them.

Drewry also noted that 34 percent of motorcycles involved in crashes were total losses.

“Motorcycles really aren’t designed like a car to take an impact. If it [the damage] goes anywhere beyond cosmetic, it kind of leads to a total loss,” said Drewry.

Surprisingly, the most common type of loss is a single motorcycle accident, he said. Typically, the rider isn’t paying attention to road signs, their speed and road conditions. 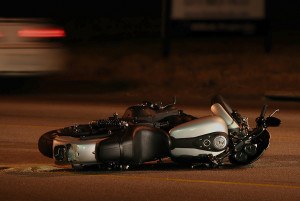 The insurer tries to educate its insureds on motorcycle safety in a number of ways, including through tips sent by email blasts to agents and by offering discounts on safety gear and courses.

According to the Insurance Information Institute (III), there were 8.6 million motorcycles on the road in 2015.

According to Drewry, rider awareness is important.

“A safe rider is somebody that can anticipate car drivers that aren’t paying attention to them,” said Drewry.