According to Tom Ryan, market research leader, for Marsh’s Workers Compensation Center of Excellence, there are many areas of workers’ comp that can benefit from technology. These include:

Wearable technology is also expected to impact workers’ compensation, he said. For example, it can be used to monitor employee movements and alert co-workers of danger, as well as monitor fatigue, body temperature and repetitive motion. The information can be used in training, fraud prevention and for wellness programs, Ryan said.

The construction industry wearable offerings include high tech vests and helmets that have lights or vibrate to alert employees of potentially dangerous changes in surroundings.

Forklifts can be equipped to sound an alarm or flash lights to warn employees and the public. Many pieces of equipment require both hands to operate and can be fitted with vibrating sensors to alert the operator of changes in his or her surroundings.

Previously, injuries were reported to different parts of the company, he said. Employees were confused throughout the life of an injury on who to report to and what to report. Completion of forms by employees was inconsistent, he said, and penmanship was an issue. For example, asking where an accident occurred resulted in answers that ranged from an address, a building floor or a hospital.

Using more advanced technology helped Northwell improve its incident reporting rate, he said. The company added automated forms and connected employee data so that the forms could be somewhat pre-filled. It also added multiple ways to report an incident, including a mobile app and an 800 number. Completed employee reports of injury were then sent to the supervisor, safety officer, human resources, Broadspire (its third party claims administrator) and to Workforce Safety which triages cases to determine potential nurse case management opportunities.

According to Molloy, the benefits of the new system included more employees being placed in transitional return to work assignments and a positive response from employees.

Molloy said the keys to success when implementing these types of changes include engaging senior leadership and sharing the mission’s method and rationale for the change. 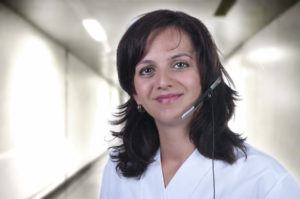 She explained that Bank of America implemented a telenursing program for insured employees. This included a dedicated 24/7 reporting line that allowed injured workers to speak to a registered nurse and directly report a claim.

She explained that the nurse will assess the medical history, injury, pain level, obtain an accident description and offer a first aid type of treatment recommendation. If additional treatment is warranted, the nurse will direct employees to an in-network provider where allowed and then schedules the appointment. Call notes are uploaded to the Bank of America claims system and are viewable by adjusters.

Sides said the use of telemedicine at Bank of America has resulted in higher network penetration, lower claims severity and lower claims costs.

According to David Lupinsky, vice president at CorVel Corp., the goal of telehealth was originally to bring healthcare to rural areas. Now it bring healthcare to employees and allows employers the ability to create virtual clinics which, in turn, drives greater productivity. It also removes the need for a larger provider network, he said.

Lupinsky said it’s viable for employers of all sizes, so a larger investment for onsite clinics is no longer needed. He indicated 40 percent of claims can be treated through this option.

Even with its benefits, there are limits to telenursing, he said, noting that patient care is paramount.