Highway safety advocates are worried that a government rule that would electronically limit speeds of tractor-trailers could be scuttled or ignored by the administration of President-elect Donald Trump.

The rule proposed by two federal agencies would cap the speed of newly manufactured trucks at 60, 65 or 68 miles per hour. A public comment period ended earlier this month. Safety advocates had petitioned for it in 2006, saying it would make highways safer, and they were hoping it would be in place before the Obama administration leaves office in January. 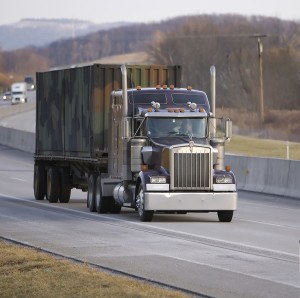 But the National Highway Traffic Safety Administration says it normally takes at least a year after the regulation is first published for it to go into effect. In this case the agency and the Federal Motor Carrier Safety Administration published the rule last August. Spokesman Bryan Thomas says the agencies have to review more than 2,200 comments before making a decision.

“I am really disappointed if it’s not done right away,” said John Lannen, executive director of the Truck Safety Coalition who hoped for quick action because the measure has been in the works for more than a decade. “I’m hoping that safety regulations do get looked at differently than maybe just generic regulations because we’re trying to save lives.”

Trump has said he wants to get rid of unnecessary regulations that inhibit economic growth, and has even proposed that federal agencies scrap two regulations for every new one they adopt. His transition team wouldn’t comment on the speed limiter regulation and said it is focused on cabinet appointments and building the new administration. “There will be plenty of time to discuss detailed policy specifics after the swearing-in,” it said in a statement.

Steve Owings, co-founder of Road Safe America, who originally proposed the rule, said advocates will reach out to the new administration to keep the regulation going. “This, as well as other needed changes, certainly fits the description of ‘common sense’ which the president-elect has spoken of recently,” said Owings, whose son was killed by a speeding truck while returning to college in 2002.

Regulators and others favoring speed limiters say the rule is supported by simple physics: If trucks travel slower, the impact of a crash will be less severe and fewer people will be injured or killed. The rule is supported by the American Trucking Associations, the largest group of trucking companies in the nation. NHTSA and the Federal Motor Carrier Safety Administration have to decide whether to proceed with the regulation and what speed that trucks would be limited to.

But independent truckers, many of whom filed comments against the rule, say the government is actually creating conditions for more collisions by focusing on the severity of the crash while ignoring the dynamic of trucks and cars traveling at different speeds. They warn of traffic jams caused by slower trucks and of a potential increase in crashes because fast-moving cars can hit the rear of trucks.

Owings says the rule should apply to existing trucks instead of just new ones because speeds could be limited with an inexpensive software update.

The speed limiters also would take care of the problem of trucks traveling faster speeds than their tires can handle. An investigation by The Associated Press last year found that most truck tires can’t handle speeds above 75 mph, yet some states let trucks go 80 mph or even 85 mph.