Lavish, private aquariums have become a fashionable trend in recent years amongst the rich and famous. Many celebrity enthusiasts ranging from Chad Ochocinco to Lady Gaga, and even Steven Spielberg (appropriately the director of Jaws) have fueled interest in this unique decorative hobby. The trend has even spawned the reality TV show “Tanked,” which showcases a group that makes custom fish tanks for collectors that cost well into six figures.

Our Enservio Select team was recently called in to review a claim at a large Korean market where four salt water fish tanks had been destroyed in a fire. The public adjuster working the claim provided an initial value of $195,000.

Though descriptions were limited and no photographs or receipts were provided, we did learn that these were actually a series of four interconnected tanks for various types of shellfish and crustaceans. The tanks had originally been custom built by the owners themselves, so there was no original maker or contractor to go to for details or updated pricing.

The public adjuster readily admitted he knew little on the subject of fish tanks, as not many people do, and the values he provided came from some general internet research, largely relating to the cost of private decorative aquariums. 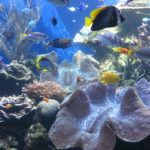 Immediately upon initial investigation, our team was able to discern that these were actually industrial fish tanks versus decorative aquariums. The difference in value between the two categories is quite deep.

We contacted the policyholder to request any further details they could provide, and in turn we received a breakdown of everything included in the claimed tanks. Our specialists then reached out to our network of commercial market suppliers, custom builders and restaurant and retail wholesalers. Our extensive research and category expertise lead us to a series of replacement salt water tanks that matched the original system.

Rather than the four-tank system valued at $195,000, we provided the insured with a replacement salt water system for just under $60,000, less than a third of the original claimed value.

Our team understands the subtleties involved in evaluating the final cost of high ticket items, as well as the wide range of potential values. In this case, we were able to explain what was needed, work with the insured’s representative and arrive at a conclusion. All participants were satisfied with our findings, and we were able to stop over $130,000 from going out to sea. 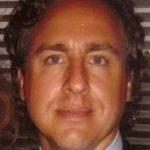 George Somerville Colpitts is a review appraiser for Enservio (www.enservio.com), a leading provider of contents claim management software, payments solutions, inventory and valuation services for property insurers. With over 20 years of experience in antiques, Colpitts is a former board member & Chairman of the Standards Committee of The Antiques Council and former owner of Somerville House Antiques.